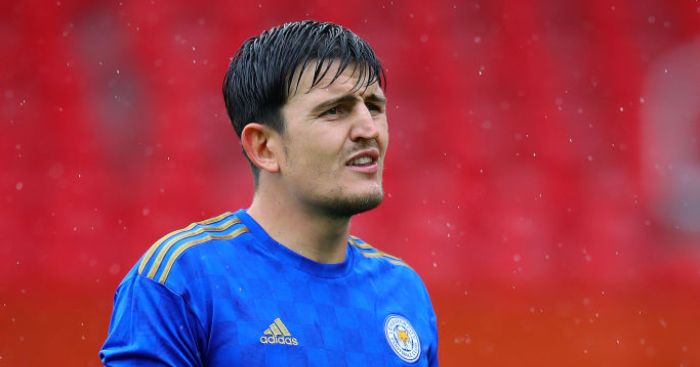 WARNING: Explicit content (an update)
After Wednesday’s description of Mauricio Pochettino’s spiky press conference as a ‘bizarre outburst’, The Sun have upgraded it to a ‘transfer tirade’. A ‘tirade’ is defined as ‘a long, angry speech of criticism or accusation’, so that’s definitely not an overreaction at all from comedy Cockney Paul Jiggins.

And why is he mentioning it again? Because ‘TOTTENHAM chiefs were left stunned’ by said tirade and ‘do not plan to change his job title’.

You don’t say. There we were thinking that Spurs would react to Pochettino’s flippancy on Tuesday with a personnel reshuffle on Wednesday.

Pity the poor sod of a press officer who had to deal with that particular question.

On the same page
Mike McGrath, The Sun, August 1: ‘The saga has rumbled on as Dybala digs in over terms, with Lukaku stuck in limbo. The deadlock could now allow Serie A rivals Inter Milan to make a late move for the former Everton star. Inter have already seen a £54million rejected and are willing to offer £65m.’

Duncan Wright, The Sun, August 1: ‘ROMELU LUKAKU will have to stay at Manchester United if Paulo Dybala rejects a move to the Premier League – with Inter Milan’s hopes of a deal for the striker now dead.

‘Inter saw their first genuine bid of £54million quickly rejected by United last month and since then have been stalling over increasing their offer. And though manager Antonio Conte has made it clear to his San Siro bosses that he wants Lukaku as his number one priority, the backing is not coming from above.

‘That means they are not going to increase their offer, and with United simply refusing to budge on their valuation of £75m-£80m they are no longer considered serious bidders.’

Punish him!
Let’s revisit that Mike McGrath story, appearing on the back page of The Sun on Thursday morning with the headline ‘Dybala wages stunner’ as they reveal – along with every other newspaper – that the Juventus man wants £350,000 a week from Manchester United.

By 10.30am it has been re-written for The Sun website with this headline:

So the man is ‘greedy’ because he is not willing to take a ‘pay cut’ for a failure in which he was not complicit, even before he has taken a job?

And then we pop into the live blog and find this paragraph:

Guys, you know he is actually allowed to turn down a contract he doesn’t want, right?

Bury? Are they particularly susceptible to accidental re-tweets that are quickly undone? Is that their thing? Or just the thing of churnalists trying to rank high on a Google search for ‘Dybala’? The really f***ing annoying thing is that it worked.

It’s also an attempt to persuade reluctant rebel Maguire that he needs to kick up a stink to leave the seventh-best team in England for the sixth.

‘If United sweat it out with Leicester the Foxes could belatedly realise keeping Maguire is more hassle than it is worth. The England international wants to join United and other clubs who opted for braggart brinkmanship in recent years whenever United came calling have become desperate.’

It absolutely does not seem like ‘Maguire is more hassle than it is worth’ right now; it seems like Leicester are a threat to the top six and there’s absolutely no indication that Maguire could be a liability in that charge. And it’s really not ‘braggart brinkmanship’ to refuse to accept whatever price United have offered; Leicester are kind of in charge of all this right now.

Unless Maguire kicks up a fuss, of course. And who wouldn’t kick up a fuss when a move to Manchester United is at stake?

‘Only come next year – if Maguire is still at Leicester and still with three years on his deal – he could be devoid of any desirable suitors. Pep Guardiola might have walked into the Manchester sunset and United could have failed to secure Champions League qualification again. Maguire turns 27 in March and it is maybe now or never.’

Sorry, what? So another year at Leicester in which he could conceivably secure a top-six finish might see his value plummet just because he has turned 27? Even though you have already written that he ‘is aligned with Ole Gunnar Solskjaer’s long-term transfer criteria; he is 26, British and worked under the United assistant manager Mike Phelan at Hull’? At 26 he was perfect, but once he turns 27, it could be all over?

Are they trying to gaslight Harry Maguire?

And the oddest of pieces ends in the oddest of ways. So odd, in fact, that we suspect Luckhurt accidentally hit ‘publish’. See if you can make any sense of this…

‘Maguire has supposedly joked with friends he needs to agitate as aggressively as Laurent Koscielny has at Arsenal. Maguire, though, appreciates the prominence he has received since signing for Leicester two years ago and how his status there has fuelled his popularity among the England following.

‘United claimed last year they were prepared to invest £100m for the preferred profile of centre-back and cited Raphael Varane as the shining example. Varane is actually younger than Maguire.

‘Mourinho wanted him, too.’

Answers on an e-mail with the subject title ‘I know what the f*** he is talking about’.

‘How Manchester United could line up against Chelsea with Harry Maguire and Paulo Dybala – but without Romelu Lukaku’ – talkSPORT.

The biggest headline
‘Paulo Dybala lands back in Turin for showdown talks with Maurizio Sarri to decide on whether to stay with Juve or move to Manchester United in £350k-a-week swap with Romelu Lukaku.’

Frank Bruno
Meanwhile, so little is going on at Liverpool that this is the headline on the Liverpool Echo live blog on Thursday morning:

NOT FOOTBALL
Just the 16 pictures of Moise Kean’s girlfriend, then.

Oh and absolutely none of actual footballer Moise Kean.

‘Football news’ from The S*n.