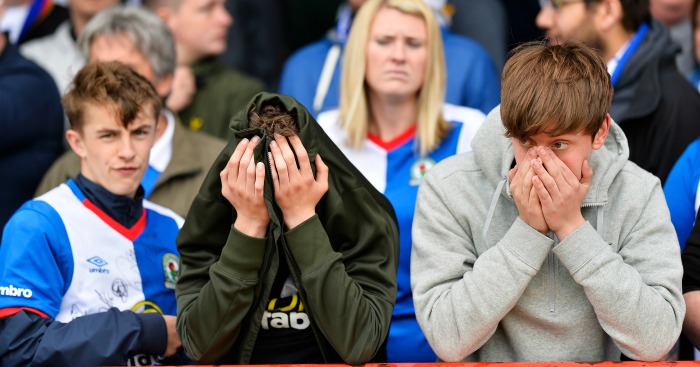 What is happening at Blackburn Rovers? As the club’s relegation to League One was sealed at Brentford’s Griffin Park in May, the feeling among supporters was that it could be a long time before Rovers returned. But eight short weeks later, there are green shoots of recovery at Ewood Park for the first time in years. It is difficult to know what to make of this wholly unexpected development.

Perhaps the sudden surge of optimism is merely a symptom of the typical pre-season sickness, snatching at hope wherever it presents itself. The idea of a promotion push, albeit in the third tier where Rovers reside for the first time since 1980, is more appealing to many than another battle against the Championship drop. The spectre of relegation had been lurking for several seasons, and there was even a hint of relief to line the disillusionment when it was finally confirmed.

But there is also something tangible about Rovers’ turnaround this summer, marked by a surprisingly sensible transfer strategy that has already seen four players arrive. The latest, former QPR midfielder Ben Gladwin, put his finger on the reason for the cheerier mood at the club.

“I think as soon as I met the manager I got a great feeling about it,” Gladwin told the Lancashire Telegraph. “He’s a good guy, he’s a football man, he loves to play football, so the way he speaks about the game it matches a lot of my beliefs and what I like to do.”

Tony Mowbray certainly deserves credit for the way he has handled a difficult situation since replacing Owen Coyle in February. On the pitch, the team stood a far greater chance of survival, even if Mowbray’s record – five wins, seven draws and three defeats in 15 matches – wasn’t enough to save them. But it is away from the field – thousands of miles away to India, where Rovers’ absent owners are based – that the manager has made the most encouraging progress.

When Venky’s expressed their “full support” for Mowbray the day after relegation juxtaposed with a 3-1 victory at Brentford, there was a feeling of history repeating itself. Paul Lambert received assurances about the owners’ intentions when he was appointed on a two-and-a-half year deal in November 2015, but departed only six months later after remaining unconvinced by their plans. Former Burnley boss Coyle was an unpopular replacement, but few can argue he was given the means to build a solid mid-table squad.

Before this summer, Rovers had paid only two transfer fees in the past two years – £250,000 for left-back Derrick Williams and a nominal amount for midfielder Elliott Bennett. Over the same period, around £35 million was raised from player sales to help service club debts of more than £106 million.

Jordan Rhodes and Rudy Gestede, who scored a combined 41 league goals in 2014/15, were sold along with fellow key players Tom Cairney, Ben Marshall, Grant Hanley, Josh King, Shane Duffy and Marcus Olsson. The new arrivals, a mix of free transfers and loans, brought with them the realisation that promotion back to the Premier League was no longer a priority – or even a possibility.

Mowbray’s greatest success, then, has been to convince Venky’s to part with their money not once, but twice in the past week, securing Gladwin on a two-year deal for an undisclosed fee and Gillingham’s Bradley Dack for the now significant investment of £750,000. With Peter Whittingham and Richie Smallwood also joining, a squad capable of a swift return to the Championship is being carefully assembled. There is a desperately needed focus on the long-term too, as a host of promising youngsters commit to their first professional deals.

It has not all been good news. As talented 20-year-old winger Connor Mahoney prepares to join Bournemouth when his contract expires, it serves as a reminder for the sorry state Venky’s have allowed Rovers to slide into. A local lad who put Paul Pogba on his backside in February’s FA Cup tie against Manchester United, Mahoney’s future should have been sorted a long time ago. It is another indictment of Venky’s wretched reign that he will now leave for paltry compensation. And no, the pun isn’t intended.

For now at least, there is cautious optimism in Blackburn. For fans such as myself, who hold fond memories of the 2000/01 promotion campaign to the Premier League, there is plenty to look forward to if Rovers can mount a challenge at the top of League One.

Of course, with Venky’s involved it could all yet go wrong, but Rovers supporters know more than most the need to savour the fleeting moments when hope is allowed to prosper. It may not be long until the next crisis arrives, but Mowbray is building something to believe in.