Home All The News Green: Why Chelsea players were left stunned by Sarri decision 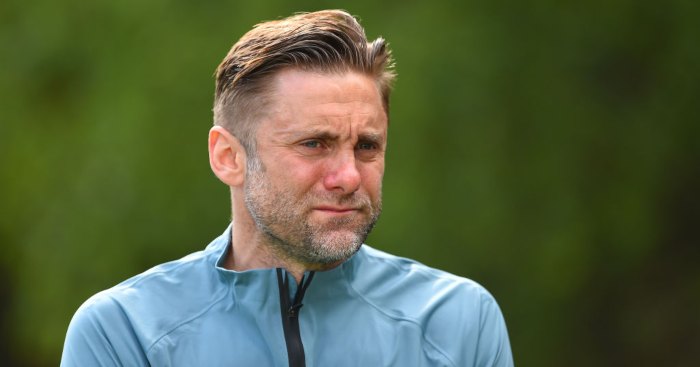 Rob Green has revealed that the Chelsea dressing room were amazed that ex-boss Maurizio Sarri chose not to give more game time to Callum Hudson-Odoi last season.

Hudson-Odoi enjoyed a solid breakthrough season with the Blues under Sarri, making 24 appearances in total as he went on to receive a senior England call-up, but he only appeared in the Premier League four times last term.

The Englishman has continued to impress since his return from an Achilles injury and, speaking on BBC Radio 5 Live, Green was amazed the 18-year-old did not get more minutes in his debut season.

“We were in the dressing room last season and the players were saying ‘how is he not playing?’, said the 39-year-old, who joined Chelsea on a one-year deal in the summer of 2018 before retiring at the end of last term.

“He was going out in training and tearing some of the best defenders in the world apart. He was consistently the best in training.

“It was to the point where some of the best players in the world were standing there applauding what he was doing.

“He has got such a brilliant mind and he is so confident. When he goes out there he will try things and he will try it on the biggest stage. He will do something and you will ask him: ‘When have you done that? Why did you do that?’

“He would say ‘because I’ve never done it before and I thought I’d try it’. ‘You knew from the way he spoke and the way he is around the lads, the way he holds himself and obviously his ability, he is going to be at Chelsea for as long as he wants to be and then, maybe, on to greater things.”

Hudson-Odoi claimed his second assist in two Premier League games this term in Sunday’s 4-1 win over Southampton at St Mary’s.