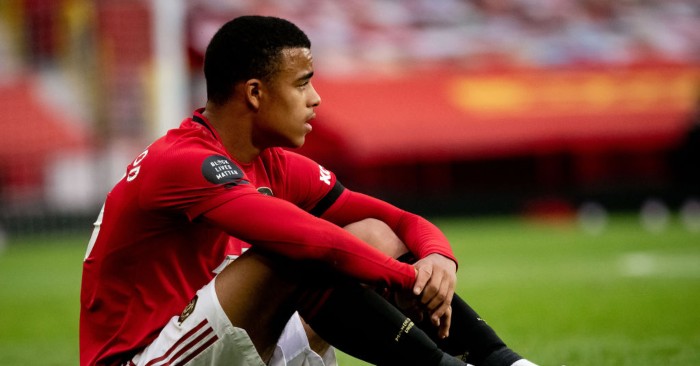 Mason Greenwood continues to struggle at Man Utd as ‘concerns’ over his sleep pattern and ‘lethargic’ training sessions have come to the fore.

Ole Gunnar Solskjaer left Greenwood out of the squad that travelled to face and beat Everton on Saturday, explaining that the teenager “wasn’t feeling well”.

But The Athletic report that ‘a lethargic display in training’ on Friday, as well as more general questions over his ‘work rate at Carrington’ in recent days, had put a starting place in jeopardy.

Greenwood had apparently been ‘warned’ over his behaviour in late October, the forward starting just three Premier League games this season as an apparent punishment.

Solskjaer himself rejected some claims over the player, insisting he had never been late for training and remained “professional”.

But there are ‘renewed questions’ over Greenwood’s commitment, particularly ‘whether he is getting enough sleep’.

The club have attempted to use Cristiano Ronaldo’s progression from teenage prodigy to world-class talent at Old Trafford as ‘the clearest example’ for Greenwood, but he ‘is failing to understand this process at present’.

There is hope that such ‘maturity’ will come with age and perhaps even the guidance of more experienced players such as Edinson Cavani.

Solskjaer even went to the lengths of stressing to Gareth Southgate the importance of Greenwood staying with Man Utd during this international break. The two managers had a phone call during which Solskjaer was ‘firm in his belief’ the player must stay with his club.

Greenwood was not included in the most recent England squad, nor in the side named in October, after being dropped due to an incident involving inviting a pair of Icelandic girls back to the team hotel on international duty in September.