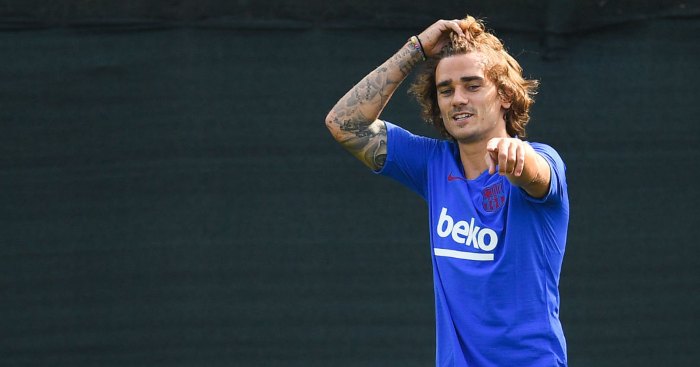 Antoine Griezmann admits that a move to the Premier League with Manchester United was “a possibility” but is “very comfortable” in Spain.

LaLiga champions Barcelona announced the signing of France forward Griezmann over a week ago on a five-year contract until June 2024.

The Red Devils had been heavily linked with Griezmann over the last year or so and were even rumoured to have made a late bid in June for the France international.

Griezmann told Sky Sports: “I was having a lot of fun in La Liga. We have one thing the Premier League does not – the sun.”

The 28-year-old also said he would love to play with international team-mate Alexandre Lacazette, who plays for Arsenal, at club level some day.

“I would love to play with Lacazette,” Griezmann added.

“He’s a friend of mine, we played together in the national team. He’s an amazing player, has a lot of talent.”

In a wide-ranging interview, Griezmann revealed that he admires Liverpool the most of all the Premier League teams “because of the fans”.

“They deserve to win the Premier League, hopefully one day they will win it again,” Griezmann continued.