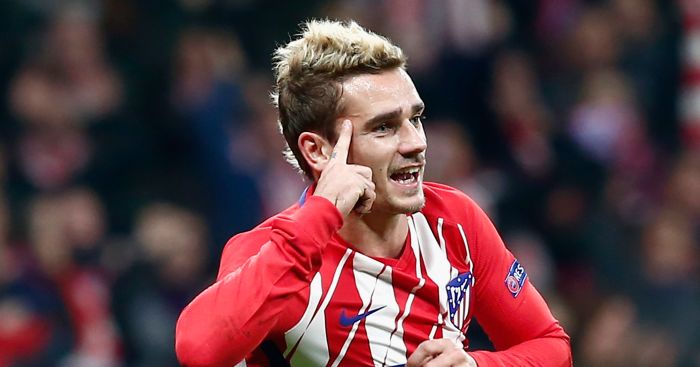 Antoine Griezmann has ended another summer of speculation about his future by announcing he is staying with Atletico Madrid.

The France striker had been heavily linked with a 100million euros (£88million) move to Barcelona in recent months, having last year been a reported target for Manchester United.

However, the 27-year-old has now decided to extend his four-year stay with Europa League winners Atletico.

Griezmann, who had said he would clarify his future before France’s World Cup opener against Australia on Saturday, revealed he would be staying put during a Spanish television documentary called ‘The Decision’ aired on Thursday evening.

The striker also confirmed the news in a video posted on social media with the message: “My fans, my team, MY HOME!!!” in Spanish, French and English along with a video in which he is seen walking around Madrid as the Amanda Delara song ‘We Don’t Run From Anyone’ plays.

The 45-second clip begins with the lyrics “Welcome to my city where the lights are really pretty…” and finishes with the player walking happily towards Atletico’s Wanda Metropolitano stadium.

The television programme documented Griezmann’s deliberations about his future over a two-month period heading into the summer’s World Cup.

Barcelona defender Gerard Pique, who earlier said on Twitter that he would be watching with interest – alongside a popcorn emoji – was quick to post his thoughts on the outcome.

He wrote (in Spanish): “Another way to see the life of the footballer and his doubts over making the most important decision of his career. Thanks to the @Kosmos_Studios team and especially @AntoGriezmann for these last weeks. You decided to stay at @Atleti and I hope you do great this season!”

It is the second successive summer that Griezmann has been the subject of speculation over a big-money switch away from the Rojiblancos.

Last year it was United who looked to be leading the chase for his services, only for the France international to end up signing a one-year contract extension with Atletico, tying him to the club until 2022.

This year it had been LaLiga champions Barca who had emerged as Griezmann’s likeliest destination if he opted to leave Atletico, although United had continued to be linked with the prolific forward.

Since joining from Real Sociedad for a reported £24million in 2014, Griezmann has scored 112 goals in all competitions for Atletico and finished each season as the club’s top scorer.