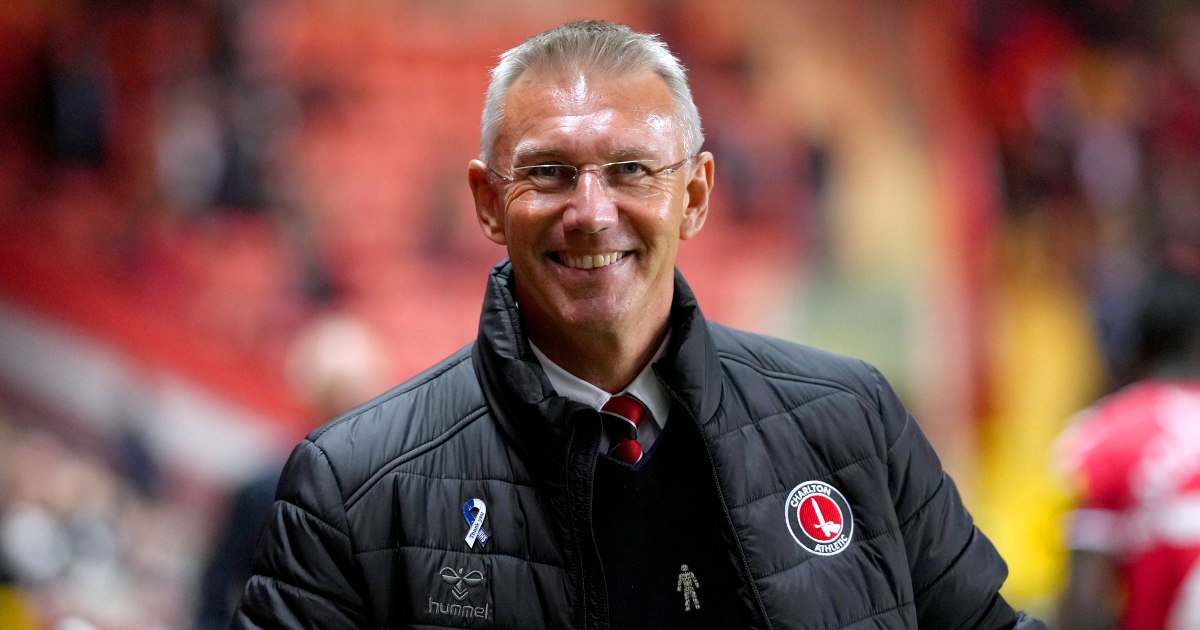 On paper, Nigel Adkins had seemed the perfect appointment for Charlton Athletic. Just seven months later, the Addicks are showing they are a club for whom there is no right answer.

When the former Southampton and Reading manager took charge at The Valley for the final couple of months of last season, it looked an inspired choice to replace the departed Lee Bowyer. One defeat in 10 games saw Charlton miss out on the play-off places on goal difference alone. Adkins, with such an impressive CV, had brought his trademark positivity almost instantly to The Valley.

Over the summer, a man who had performed near-miracles in the glory days of his managerial career made magic instead; everything that was good about Charlton in those first two months disappeared for 2021/22. In short, things are more than a little tricky in the red corner of south London right now.

Charlton are in the League One relegation zone with just two wins to their name and only Morecambe possess a leakier defence a quarter of the way into this third-tier campaign. Tuesday night’s topsy-turvy home defeat to Accrington Stanley was the final straw. It simply had to be. For every step forward, there were a multitude back.

The Addicks began October with a victory at Fleetwood Town and flourished with a further confidence boost in midweek to Southampton’s youth team in the Papa John’s Trophy, only to follow that with successive defeats to Lincoln and Accrington, conceding five times in the process.

Adkins rightly pointed to a summer transfer window completed too late. Eight of their first-team signings were brought in after the opening-day stalemate with Sheffield Wednesday and five of that contingent on deadline day and beyond. It was far from ideal preparation, but Charlton should still have had more about them than the shambolic performances which led to this season quickly turning sour.

Their own manager came in with a near-imperious manager at this level, seeing Scunthorpe into the Championship on two separate occasions and taking Southampton from the third tier to the Premier League in consecutive seasons, where they have remained ever since. Had Charlton recorded just one point more last term, is it inconceivable to believe they could have taken on a similar rise under the relentless momentum that Adkins smile has brought to almost every club he touches?

Perhaps not. Charlton have been a club on a downward trajectory off the pitch for some time owing to the outstayed stint of previous owner East Street, while new owner Thomas Sandgaard has disappointed fans with his rock ‘n’ roll attitude that features little tangible progress in terms of communication with the fans. The easy fix to that comes with club legend Johnnie Jackson taking the reins on an interim basis with the apparent belief that he could become the next permanent man in the hot seat. Assisted by another favourite in this part of the capital, Jason Euell, the fans will be behind the men in the dugout whatever happens over the coming weeks and months.

If any club has a track record worth keeping hope that managerial debutants can succeed, then it is the one that has benefited from giving Alan Curbishley, Chris Powell and Lee Bowyer their managerial bows. Jackson has previous – a 100% record from his one game in charge between Bowyer’s Birmingham move and Adkins’ appointment.

But defeating an eventually relegated Bristol Rovers side 3-2 in March is a very different prospect to what awaits Charlton, who can hardly afford any further false starts this season. They start at high-flyers Sunderland with games against promotion challengers Rotherham United and league leaders Plymouth Argyle to come in the next month. To have such pressure heaped on the shoulders of a pair so inexperienced in management is a result of bad management further up the food chain.

Charlton fans grew tired of it long ago. They are far from the only club to have suffered a similar fall from grace on and off the pitch; divisional rivals Bolton are proof that it might have to get worse before it does get better. Right now, they look set to be another in a long line of former Premier League clubs – including Bolton, Swindon Town, Oldham Athletic and Bradford City – to ply their trade in the fourth tier of English football.

In such a tight division at the top end of the table, there is every chance that the teams at the bottom will get cut adrift. There has been little to suggest that the Addicks will get substantially better. Their underlying numbers do not show a seriously underperforming side. They are where they largely deserve to be.

For all of Adkins’ positivity, and there was plenty to share around, the Valley is playing host to a lot of anger now. For all the devotion shown by owner Sandgaard, it feels like Charlton are slowly sinking into a melancholic future.  Striving to finish above the bottom four to avoid relegation to the fourth tier already feels like a measure of success. That is where Charlton Athletic are as a club right now. Not even the gleaming positivity of the recently departed Adkins could spin that into a good news story.