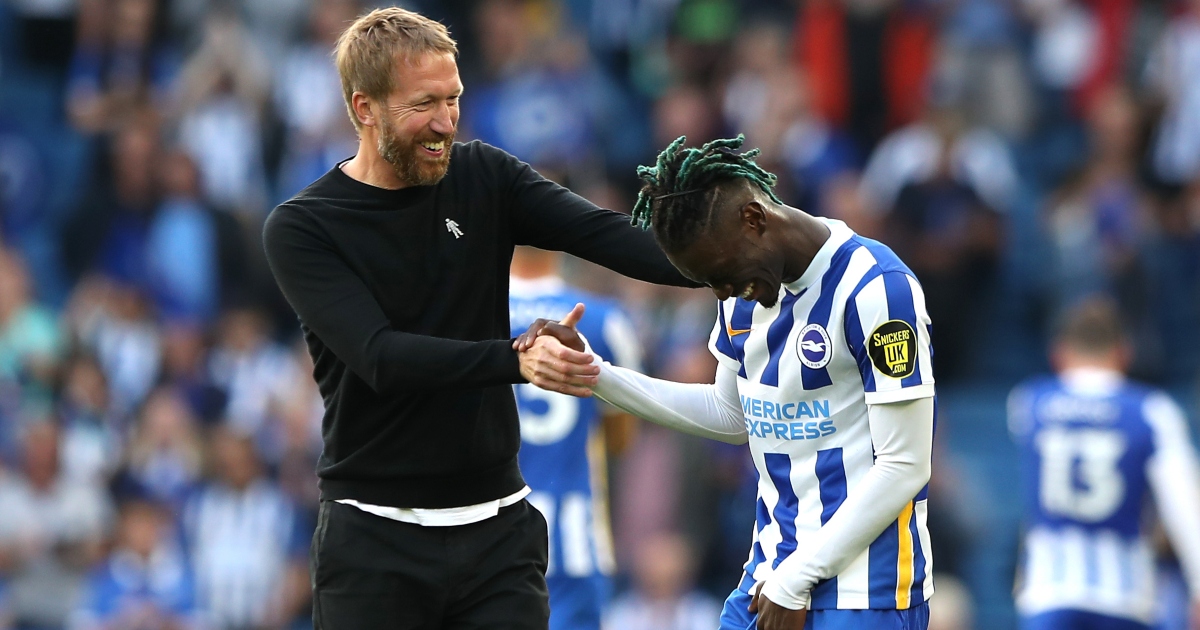 Graham Potter insists that Yves Bissouma is “happy” at Brighton amid rumoured interest from Aston Villa.

The Mali midfielder joined Albion from Lille in 2018 and has made 111 appearances for the Premier League club.

He is attracting interest from a number of clubs, however, including Villa, Arsenal, Tottenham, Manchester United and Liverpool.

Won’t somebody think of the Raith rapist? Actually, no

Bissouma’s contract expires in 2023 and Brighton will undoubtedly be eager for the combative midfielder to sign a new deal.

With interest in the 25-year-old very high, Potter insisted that he was confident of keeping him at the club in the January transfer window.

He said last month: “Players at this level, and Yves is the same, know that at this time of year there’s speculation, things in newspapers, it’s part of what they have to deal with.

“They also know that they have to focus on the football and let all of the other stuff take care of itself.

“I’m confident (he will stay in January). I think Yves is enjoying his football here but, with the transfer window, you never know.

“We have to adapt to anything, which we do. You always plan for something you can’t necessarily foresee, so we’re in a good place, but we’ll see.”

The questions don’t appear to be going away, however, and Potter was asked about Bissouma’s future on Thursday.

“No, it’s another window that has gone by and I have spent a lot of time talking about Yves Bissouma but he is still here – it is like groundhog day,” Potter said (quotes via Birmingham Live).

“He has always indicated to me that he is happy here, that he is enjoying the football. That is the situation and we’re looking forward to working with him.”

Speaking in September last year, Bissouma revealed it is his “dream” to play for a Champions League club.

“When my time will come, it’s my time, but I’m happy in Brighton, I’m enjoying playing football,” the Malian said.