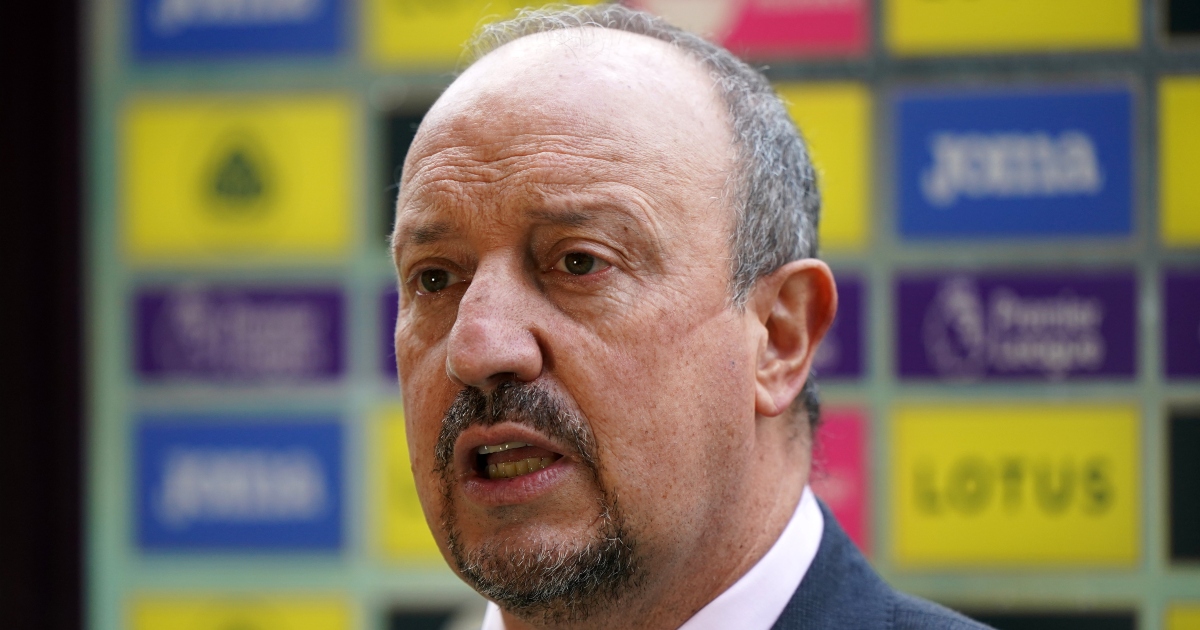 There is a ‘growing uncertainty’ at Everton over the future of manager Rafa Benitez after a disappointing defeat at Norwich on Saturday.

The Toffees were stunned by the Premier League’s bottom side as a Michael Keane own goal and Adam Idah’s first ever Prem goal gave the Canaries an early lead.

Benitez’ side did pull one back in the second-half thanks to substitute Richarlison but Dean Smith’s men were able to hold on and claim an important win that only adds to the pressure on the Everton manager.

The pressure has got so bad that The Athletic are now reporting that ‘sources close to the club suggest that there is no way back from this and a good chance he will be sacked.’

Performances and results so far this season have done little to change the minds of the Everton faithful and there were a number of banners and chants calling for the Spaniard’s sacking during the clash at Carrow Road.

The Everton boss was asked about his future after the game, admitting it wasn’t in his hands.

“I am a professional and I have enough experience.

“I came here to fix issues that were coming from the last five years.

“What I have to do now is analyse the mistakes we are making and make sure we void that for the future.

“The rest is not in my hands.

On the result, Benitez said: “We are disappointed, like the fans, and we have to improve things on the pitch, to do this is to keep working hard, to have all these players coming back and to be sure we make the right decisions and try to be better like we did in the second half.

“Overall you can see this team react but we have to be more proactive and we cannot be losing games and conceding quickly.

“We have to react and the important thing is the team is reacting and they care and they try but the bad thing is these mistakes are costing us games and points every week.”