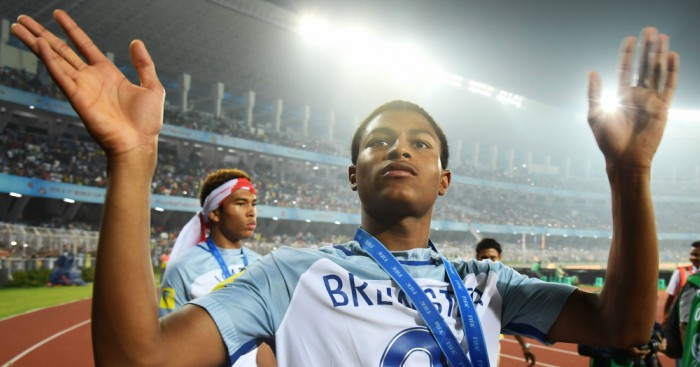 England’s Under-17s won the World Cup on Saturday and by Tuesday were being criticised by a former England international who won nothing with his country.

Danny Murphy watched Phil Foden, Rhian Brewster and the rest of Steve Cooper’s victorious squad beat Spain to be crowned the best in the world and could not resist weighing in on their celebration.

Player of the tournament Foden and Golden Ball winner Brewster turned their shirts around for photographs and that incensed Murphy.

He told talkSPORT: “There’s no England badge in the picture of them winning the World Cup – for me, that’s wrong.

“They’ve all turned their shirts around because they want their names across their chests, so everybody across the world can see who they are.

“They’re all saying, ‘I’m a good young player coming through, look at me’, but that in itself is what is wrong with society.

“Some of those players could go on to be superstars. We’re talking some amazing talent in that group and the freedom they played with, everybody should be happy to see that in an England shirt, and I am too, I was proud of them.

“But the England badge not being in that picture says a lot.

“The fact they want their names to be on the front of their shirts and think about getting their name out there so people know who they are – they are not wrong, but it’s what is wrong at the moment.”