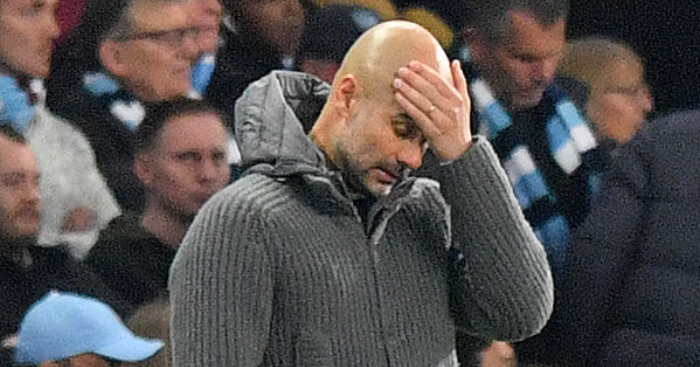 Manchester City manager Pep Guardiola is about as bored of VAR as everyone else should be.

Guardiola was surprisingly frank over his support for VAR after it cost City a place in the Champions League semi-finals in midweek.

Tottenham advanced from their quarter-final tie on away goals after a questionable Fernando Llorente strike at the Etihad Stadium, with Raheem Sterling’s stoppage-time winner ruled out for offside.

But Guardiola, outlined his support for VAR after the tie, is understandably a bit bloody bored of “talking about it” now.

He said: “Just try not to make mistakes with VAR, that is all. VAR is f****** boring, talking about it. Sometimes it helps you, sometimes not.”

Guardiola also dismissed criticism over his approach in the two legs against Spurs, which ended with Spurs going through on away goals despite a 4-3 loss in Wednesday’s thriller.

“We have to improve the defensive department in this stage of the competition and be more solid. In general, we want to improve,” he added.

“But people make mistakes, they play and make good actions or bad. We have to accept it.

“All season, not just these specific games, I’m proud. I like to see them play like this, I prefer this way. We’re not going to change.

“No team creates the number of chances in Europe that we do. That’s how I like to see my team. I will defend them until the last day but unfortunately we are not in the last stages.”