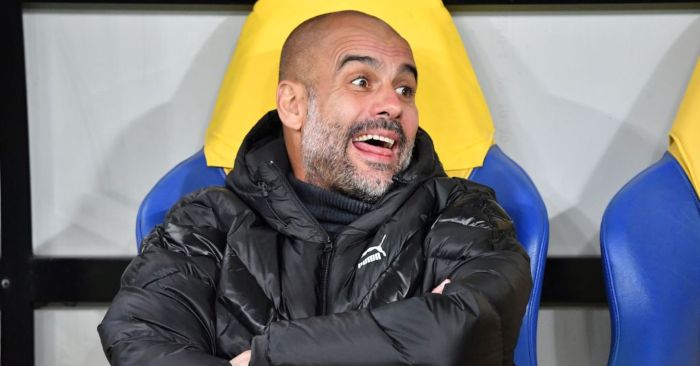 It is one of football’s mild, narrative-driven curiosities that the main protagonists in Pep Guardiola’s first ever Champions League defeat played such crucial roles more than a decade later as the most important season of his career in the competition commenced.

The team was Shakhtar Donetsk. Their keeper was Andriy Pyatov. Even 2008 captain Darijo Srna was present, assistant manager by 2019. And while Fernandinho did not repeat the heroics of his winning goal in that 2-3 Nou Camp victory, he was never expected to.

Instead, the thankful task of replacing John Stones was handed down to the Brazilian, who carried the burden effortlessly. His passing was crisp, his tackling was decisive and his aura was effortless rather than error prone. For a 34-year-old playing out of position on his first start of the season away at a side that had started their league campaign with seven consecutive wins, it was an impressive rise to this “incredible challenge”.

Shakhtar are no fools. They might contrast with Norwich by relying more on ingenuity than intelligence, but that makes them no easier to thwart. The standard of the Ukrainian league is summed up by the fact they have won eight of the last ten titles; the unique danger they pose is encapsulated by wins over Napoli, Roma and Manchester City themselves in this stadium since 2017.

But if Liverpool can pretend that losing away at Napoli is simply part of their usual coronation as European champions, City will hope to avoid such instances of history repeating itself for too long. Beating Shakhtar 3-0 in Ukraine served them well last season, until it precisely and unequivocally did not.

Their nature of their most recent exit at the quarter-final stage only strengthened the sense of apathy or downright hatred so much of this fanbase shows towards this competition. The talk of conspiracy is obviously stupid and, for many, a diversion, and each would be delighted to watch their side rubber stamp a place in history by lifting the trophy. But there is no-one for whom it would mean more than Guardiola himself.

“We’ll put more efforts into winning this competition,” he said last October. “I saw last season and this that in many circumstances as the club we are, still we are not ready to win it. That’s what I feel.

“That doesn’t mean we are not going to try. To win this competition it’s not enough just to have desire or wanting to win. You have to have many circumstances, have experience and still we don’t have enough.”

Yet with that marginal offside call against Tottenham went City’s final excuse for failure on this stage. They have the “desire”. It would be impossible to emerge from that game without “experience”. The only possible obstacles they cannot control are “circumstances”, but a squad and manager of this immense quality can outweigh those more often than not.

September is barely two-thirds of the way through but, as Gabriel Jesus swept in the third goal from Kevin de Bruyne’s pass, there was a flicker of that “something special” Guardiola feels is needed to win the European Cup. Their time is now; it has to be.

After all, even its current holder is happy to concede that the Premier League champions are “the best team in the world”. To be “really good in the right moments” is an imprecise and unpredictable science, but the ingredients are undeniably in place. City can no longer point the finger elsewhere; Guardiola can no longer pretend they aren’t ready. For both club and manager, this tournament is an absolute must-win.