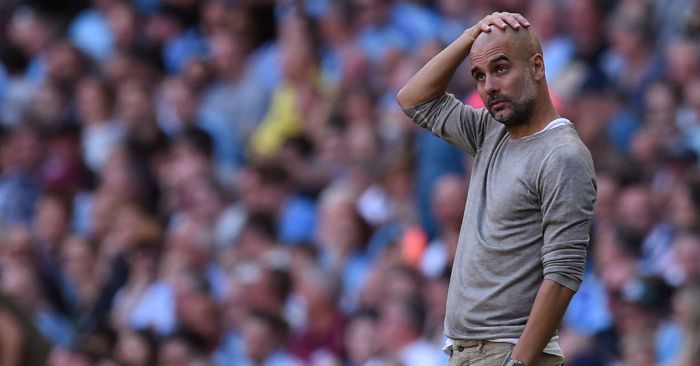 Pep Guardiola has dropped the nice-guy act at Manchester City after their average start to the season, according to reports.

Adama Traore scored a late brace for Wolves to condemn City to their first defeat at home in 2019 – leaving the champions eight points adrift of early pacesetters Liverpool in the Premier League.

After pipping the Reds to the title by a single point last term, many predicted a similar title race this time around but Guardiola’s side have picked up injuries to key players, while Jurgen Klopp’s men have won eight out of eight matches.

So the Spaniard decided to stop the ‘tough taskmaster act’ used in previous seasons and stop picking out ‘microscopic faults’.

However, Guardiola realised early on in the season that it wasn’t working and has ‘rowed back on his calmer character act’.

He had even identified the problem as early as August, privately telling ‘his players that they were not sharp enough’ in their 2-2 draw against Tottenham.

David Silva, who came on late in that match, was criticised by Guardiola in the dressing room despite only playing 12 minutes, the City boss told him: ‘David, you didn’t give us enough running. Where were the legs?’