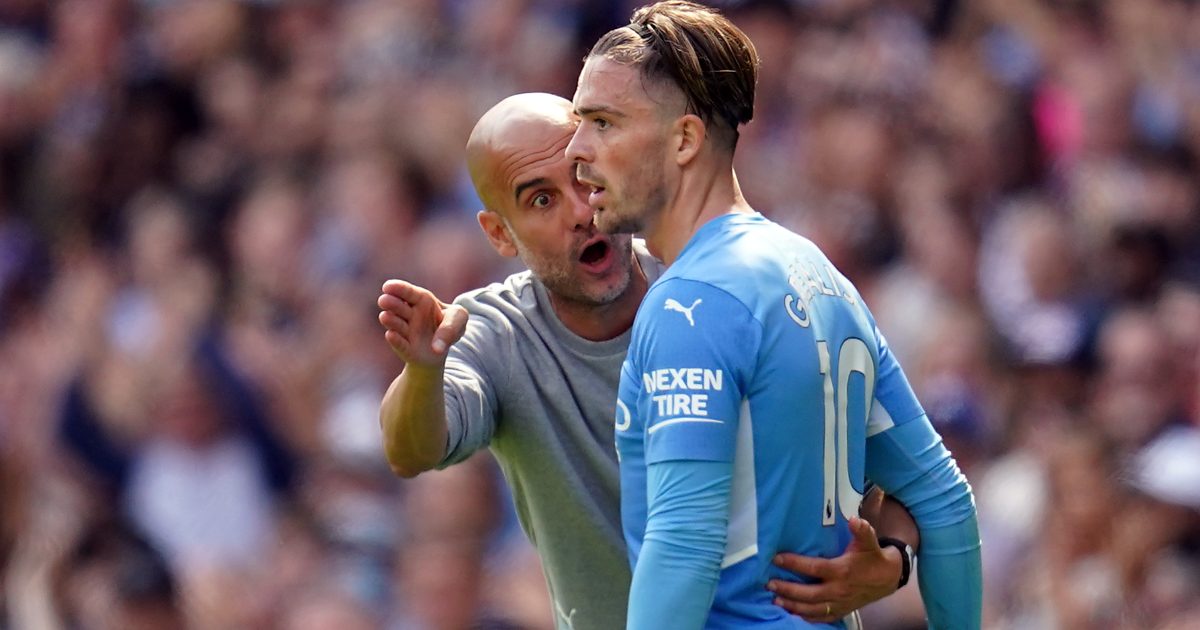 Pep Guardiola has backed Manchester City summer signing Jack Grealish to “improve” as he praised the midfielder for his mentality since his move.

Grealish made the move to City this summer from Aston Villa. The Premier League champions paid a British record fee of £100m to sign him.

The Englishman has two goals and two assists for Man City from his ten appearances for them across all competitions.

With City battling for trophies both in Europe and domestically, Grealish is playing every three or four days for the first time in his career.

As reported by BBC Sport, Guardiola has been asked about how Grealish has adapted this season. He praised the midfielder as he is “mentally in the right position”:

“We spoke about that and what he has to live when he is not here, in terms of eating, resting and sleeping.

“What he has done so far is excellent, apart from Burnley he has played every game at a good level and I’m sure he will improve. As a manager, you have to know the best position, but he has played very well.

“He is focussed on and off the pitch and he is strong, his weight and body fat is perfect and he is mentally is in the right position. It is the first time he plays every three days. We play every three days for 11 months and it’s difficult but it is a good challenge for him.”

When asked why he chose to sign Grealish, Guardiola added:

“The quality in the final third. He is able to attract opponents and find his mates.

“We have many players but we added another one because we have a lot of games in many competitions. He is at a perfect age and when you are on top in those competitions, the squad must be removed a little bit otherwise it is difficult.

“Everyone has to feel the pressure from the new ones, and the new ones have to understand what the club has done. All the big clubs do it.”

Guardiola later stated that he is “more than satisfied” with Man City midfielder Rodri:

“The seasons are so long, there are highs and lows.

“For a holding midfielder has to be steady, seven or eight our of 10.

“We are more than satisfied. We knew it when we wanted him from Atletico. He’s growing, hopefully he can be better, open his mind to understand what we have to do. He has a margin to be a batter player.”