Home Manchester City Guardiola: Bravo is still one of the best in the world 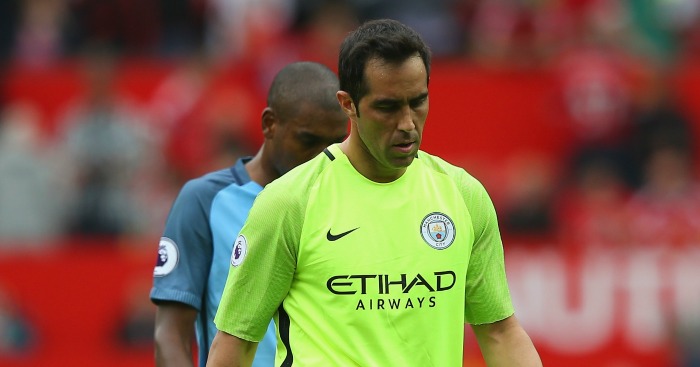 Pep Guardiola says that Manchester City goalkeeper Claudio Bravo is still one of the best goalkeepers in the world.

Bravo was signed from Barcelona last summer, but has been widely derided for his regular mistakes and general lack of composure.

However, Guardiola is sticking to his guns that Bravo is a fine goalkeeper.

“My opinion of Claudio remains the same,” Guardiola said.

“He’s a top player, a top goalkeeper. He’s one of the best in the world. His long career speaks for itself.

“Football here is more particular, more crosses, more special things, but he is a top goalkeeper. There’s no doubt about that.”

Is that an admission that Bravo is not suited to the Premier League, at least?

Claudio Bravo and Willy Caballero to be kept in the dark on no 1 spot https://t.co/hQNMa1dc2M pic.twitter.com/UpXSRktECS