Home All The News Guardiola: Brighton win a ‘good lesson’ for Man City 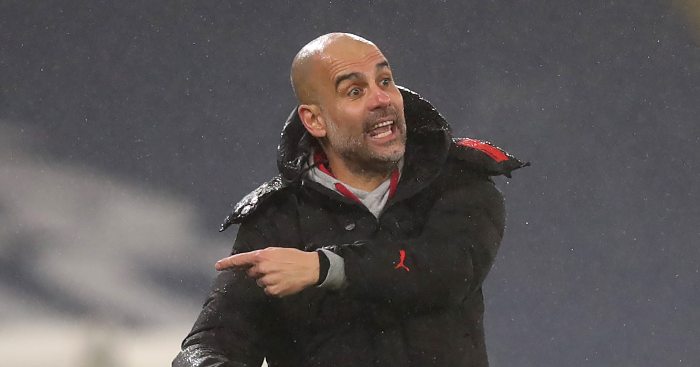 Pep Guardiola was full of praise for Phil Foden after he scored the winning goal for Man City against Brighton.

Even though Man City had all of the possession, they were not at their best in an attacking sense against Brighton.

But they did score the all-important first goal just before the break. Once again, Kevin De Bruyne was right at the thick of it.

F365 Says: Foden the shining light as weary City get the job done

The Belgian international laid it onto Phil Foden, who cut in from the left flank. The youngster finished the move off emphatically as he found the bottom corner with his precise effort.

Brighton only managed one shot on target at the Etihad. The home side struggled to extend their advantage, though. Yet they were gifted a chance to do so in stoppage time.

De Bruyne was brought down in the penalty area by Robert Sanchez. The spot-kick was taken by Raheem Sterling, but the forward fired it over the bar.

This did not make much of a difference in the grand scheme of things as it finished 1-0. This victory moves Guardiola’s men up to third in the table. They are now just four points behind Man United with a game in hand.

Speaking with BBC Sport post-match, Guardiola said his City side “knew how tough it would be” against Brighton:

“Brighton had a good mentality to play. We had a really good first half and had chances. After we missed a really clear chance in the second half they were better.

“We need to win these sort of games. It is a good lesson for us. Every game will be like this.

“Phil Foden is 20 years old, look at the starts. The amount of games, the assists compared to the bigger stars in football. Can play both sides, in the middle as a false nine. He is so clever in front of goal. That is why he deserves to play.”