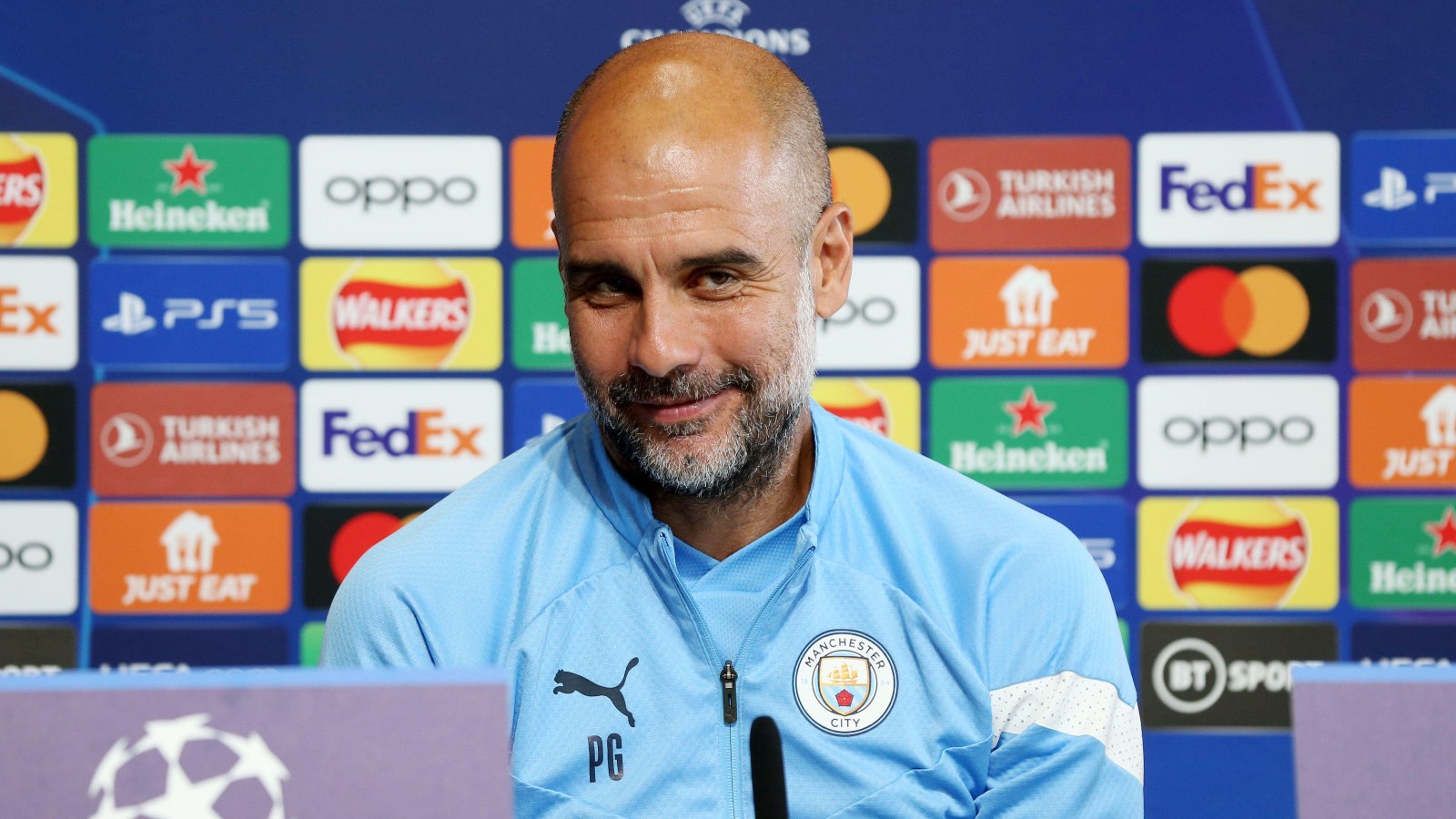 Haaland stunned his old club with six minutes remaining of a tight Champions League clash at the Etihad Stadium as he leapt and stretched to turn in a swerving Joao Cancelo cross.

His effort completed a late City comeback and snatched a 2-1 victory after they had trailed 1-0 until John Stones struck a brilliant 80th-minute equaliser.

It was also Haaland’s 13th goal in just nine appearances since his summer move to City from Dortmund.

City manager Guardiola, who played under Dutch great Cruyff at Barcelona, said: “Maybe the people who know me know the influence of Johan Cruyff in my life as a person, a mentor, a manager.

“It was a really good one and the assist from Joao was exceptional.”

If that comparison was not favourable enough, Guardiola also felt Haaland reminded him of Zlatan Ibrahimovic.

He said: “I remember my dear friend Ibrahimovic had this ability to put the leg on the roof and Erling is quite similar on that.

“I think it is his nature. He is elastic, he is flexible and has the ability to make the contact and put the ball in the net.”

City laboured during a goalless first half and fell behind when England international Jude Bellingham headed home for Dortmund just before the hour.

Guardiola responded with a triple substitution and his changes injected fresh urgency into his side.

With Stones levelling from distance before Haaland’s late effort, City claimed a hard-fought win that took them to the top of Group G with six points from two games.

Guardiola said: “We had a lot of problems to get rhythm and were so passive in transition. We struggled, we played in the wrong gear.

“After that you can lose but this is who we are.

“But the Champions League doesn’t wait, it doesn’t forgive you. They defended really well.”

City also beat Dortmund 2-1 in both legs of their quarter-final tie in 2021.

“It’s tough to accept because the lads deserved at least a point tonight, especially when you’re leading so close to the final whistle. But you just see the quality they have in moments like that.”