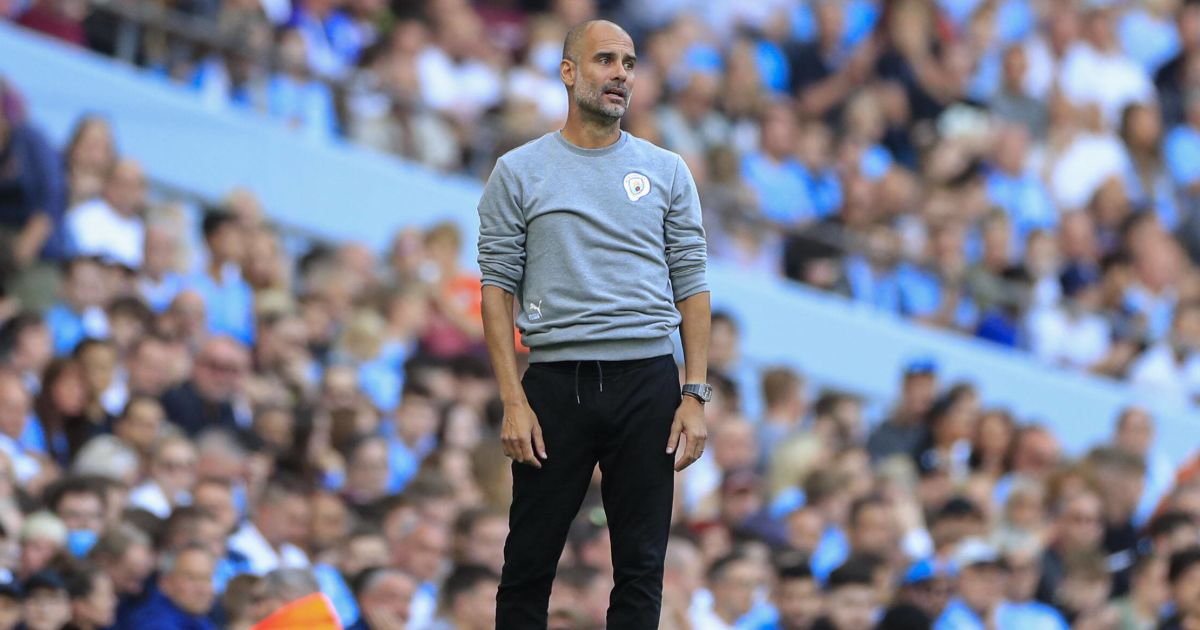 A throwaway if ill-judged Pep Guardiola comment after a 6-3 Champions League victory, followed by some doubling down and a disappointing home draw have all combined to make this An Actual Thing.

There’s just no escaping the fact that it is both so very silly and so utterly avoidable. It is also a mistake it is impossible to imagine any other manager of one of the Big Four (I think we’re on pretty safe ground with that now north London has receded into irrelevance and not even Leicester are pretending to be any good anymore) making.

Ole Gunnar Solskjaer is a manager of many flaws but it’s easier to imagine him turning on Sir Alex actual Ferguson than it is him having a pop at United’s fans. On some level Solskjaer does at least understand how lucky he is.

Jurgen Klopp is an emotional man and prone to outbursts that can veer into farcical territory, especially when teams dare to get a result against Liverpool by playing anything other than Klopp-mandated ‘correct’ football. But he’d sooner have yellowed teeth than get into a needless ruck with his own fans.

And Thomas Tuchel is just a giant football nerd who needs no external validation for the excellence of his work. It’s not a criticism, he’s excellent. He’s perfectly nice, but he’s obviously a nerd.

And that leaves us with Guardiola, who upon seeing empty seats greeting the wondrous team he has assembled to play glorious football and turned the understandable anger at that fact on the last people who deserve it. The fans. Not the schedule or the price of tickets or anything else.

It was a throwaway remark. He’d given it little thought. Had he done so, he wouldn’t have said it even if he believed it, because he would have realised it achieved nothing and risked everything. But that’s only a partial defence for a vastly experienced manager who knows that you can’t chuck a throwaway remark into a post-match press conference when everything you say will be analysed to within an inch of its life even if it’s boring anyway.

And doubling down on that initial error with vague half-assed threats to walk away removes the defence altogether. Why are you getting into a row with your own fans? It makes literally no sense.

Unless he secretly wants to quit City and is trying to 3D-chess his way into a sacking rather than a resignation then it’s hard to know what ends are serviced by this weird behaviour.

We’re not suggesting that Pep’s inexplicable pop at the fans is the reason City dropped points against Southampton on Saturday, but it certainly made for less than ideal preparation.

But more than that it left City vulnerable to any such result carrying more weight than it should. Every big club, every title-chasing team, has these sort of frustrating afternoons across the course of the season. They don’t have to mean anything.

Now this one does. In a week when Guardiola managed to turn a rollicking 6-3 victory in the Champions League into negative headlines, a goalless draw extends that narrative further.

It’s very early stages but it’s already clear that this season’s title race should involve multiple teams and will quite possibly be very tight indeed. City have now dropped points against two non-elite opponents and find themselves three points adrift of their three likely rivals.

That’s no great concern at this stage, but it does hint at the obvious likelihood of a teak-tough title race that will require all available focus and attention.

Guardiola has created a pointless niggle of a distraction for absolutely no reason.