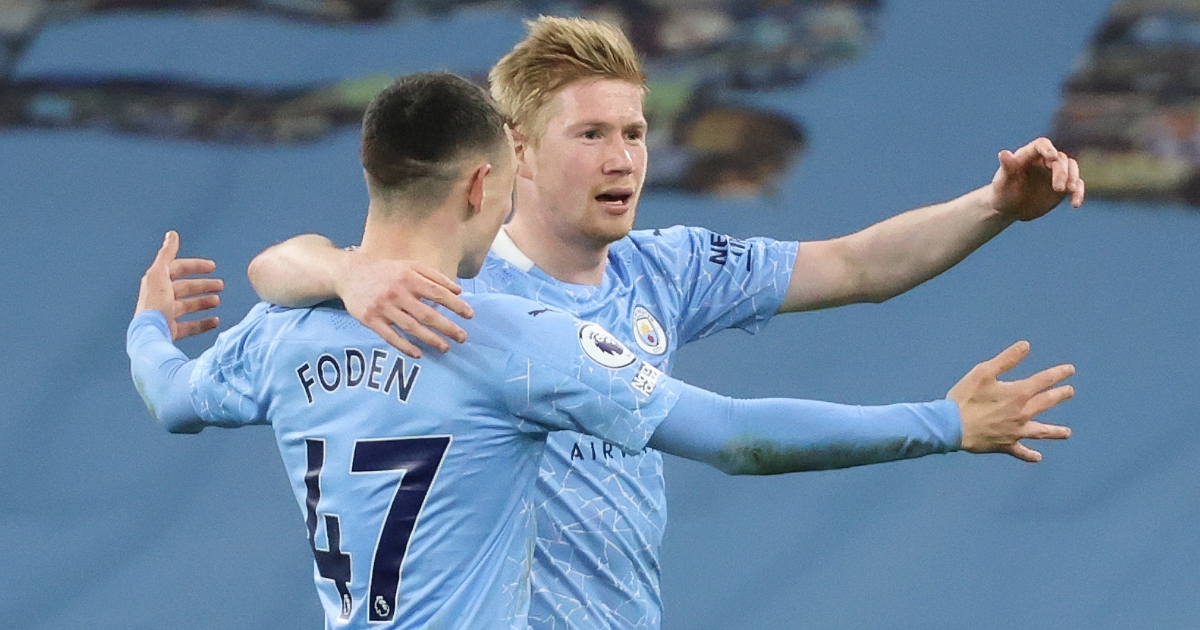 Manchester City midfielders Kevin De Bruyne and Phil Foden will be out injured “for a while”, says manager Pep Guardiola.

Foden missed a chunk of England’s Euro 2020 campaign, including their penalty shoot-out loss to Italy in the final, due to a foot problem.

De Bruyne suffered ankle ligament damage at the Euros, playing through a tear in Belgium’s quarter-final defeat to the Italians.

Both players will miss Saturday’s Community Shield between the Citizens and Leicester City.

Record signing Jack Grealish will be on the bench for the fixture.

City confirmed the signing of Grealish on Thursday for a British-record fee of £100million.

Guardiola said: “He [Grealish] is not ready to start at all, he was one week training alone but he’ll travel with us tomorrow, to settle with the team, for meetings, and he will be on the bench and we’ll see what happens.

“After we’ll see what happens but from the beginning, no way.”

The Premier League champions will face off against the FA Cup winners at Wembley on Saturday before the PL season kicks off next week.

Leicester will be without defender Wesley Fofana after he suffered a broken leg against Villarreal in a pre-season friendly.

The Frenchman has vowed to come back stronger after sustaining the injury on Wednesday night.

He shared a message on Instagram on Wednesday, saying: “Hello guys, many thanks for all your messages. It is a bad day today but I am in a tremendous club with a wonderful medical team.

“I will give you news as soon as I have a final diagnosis but we already know that I have a fibula fracture. I will come soon and stronger: do not worry.”

Leicester defeated Villarreal 3-2 in the friendly at the King Power, but the result was overshadowed by Fofana’s injury.

Summer signing Ryan Bertrand had a good game for the Foxes, but focused on Fofana when interviewed after the match.

“Obviously, everyone is thinking about Wes at the moment but we’ll find out more on that,” Bertrand told the club’s official website.

“That kind of took over the occasion and nobody likes that.

“Unfortunately, what happened happened and it was a tough game for the change of team. They did very well to come on with the atmosphere and deal with the game after that.”