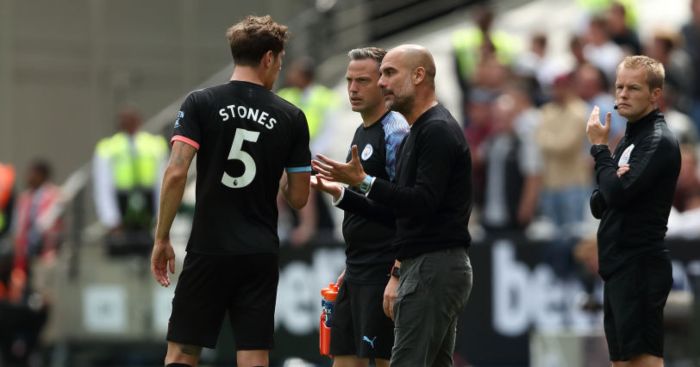 Manchester City defender John Stones will be out for around five weeks with a muscular problem, manager Pep Guardiola has announced.

The England centre-back suffered the problem in training ahead of their Champions League opener against Shakhtar Donetsk on Tuesday.

“He (Stones) is out four, five or six weeks. He was injured in training this morning. It is a muscular problem,” Guardiola said.

Stones’ absence will add to the defensive problems for Guardiola, with French centre-back Aymeric Laporte already likely to be ruled out until the New Year.

“For me as a manager it is an incredible challenge. But I believe in something people don’t know about – spirit and commitment. We will make steps forward to solve this problem,” Guardiola added.

In Laporte’s absence, City conceded three goals in a shock defeat at Norwich on Saturday as Stones and Nicolas Otamendi struggled.

Guardiola defended his players, saying: “I have a lot of respect for what John and Nico have done.

Midfielder Phil Foden has also not travelled with the squad to Ukraine due to illness as City prepare to face an opponent they and Guardiola have come up against on several occasions in recent seasons.

“I bought an apartment here! I have come here many times. Always it is good. With Barcelona, Bayern Munich and now City I have been here almost every season,” Guardiola added.