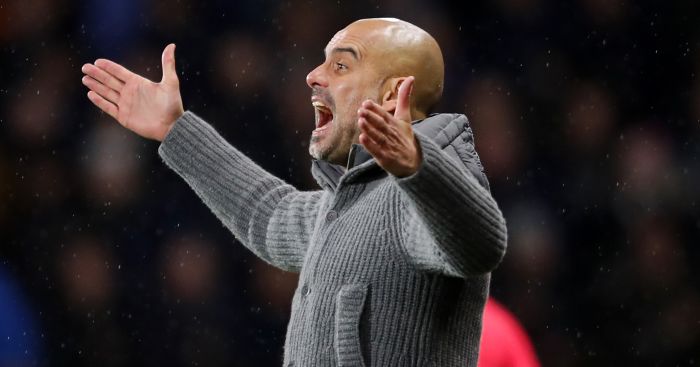 Manchester City boss Pep Guardiola believes his side were missing a killer instinct after their 2-1 victory over Watford.

City got the breakthrough at Vicarage Road after 40 minutes through Leroy Sane, before Riyad Mahrez netted a second soon after the interval.

All seemed well for the league leaders before Watford grabbed a goal back five minutes from time through Abdoulaye Doucoure, meaning the Citizens were forced to defend in the final stages to secure the win.

Guardiola accepted that there are no easy games in the Premier League, but claimed Watford’s hopes of snatching a point were all of his team’s own making.

“In the first half we had many chances, and after 2-0 the game was in control. We let them have the opportunity to come back”, he told BBC Sport.

“Once you concede with five to 10 minutes left you suffer, we didn’t get the third goal which we needed.

“We had the chances to kill the game but we missed and that is what it is. We know that, we are not new in the Premier League.

“We had a good performance, we were aggressive and regained the balls, Ben Foster made some incredible saves.

“Leroy Sane is scoring goals, he is back. It is always difficult at Stamford Bridge, we must recover our legs and our mind.”

The victory puts City five points clear at the top of the table ahead of tomorrow’s games, with a difficult trip to Stamford Bridge awaiting on Saturday.