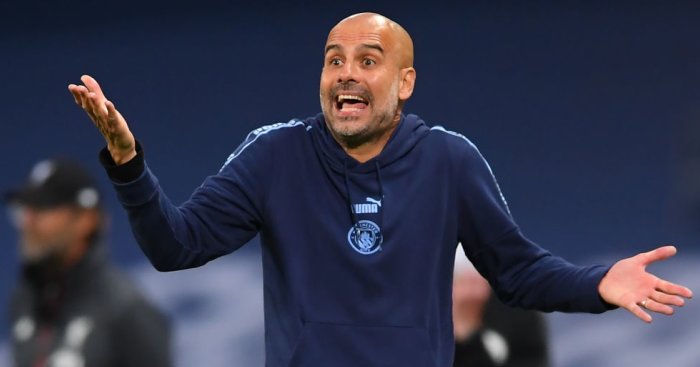 Pep Guardiola maintained that Manchester City had to be at their very best to beat Liverpool in the manner they did.

City may have relinquished their Premier League title to Liverpool recently, but in their first game since that status changed, they hit back at the new champions with a 4-0 triumph.

It was a stunning performance from City, who remain in the hunt for a treble of cups this season, even if they can no longer retain their league title.

And while Liverpool may have been in party mode in the days leading up to this game, Guardiola saw both teams at high quality even from before the kick-off.

“They were incredibly focused,” he told Sky Sports of his opponents. “I saw the guard of honour and they didn’t even say thank you.

“I think they drank a lot of beer in the last week but they arrived here with no beer in their blood to play us.

“We beat the champions, an extraordinary team. I think the game was good.

“We tried to play football, taking risks, because they are the best team I ever faced in my life with high pressing, it is incredible how fast they are, how quick they play.”

Guardiola also added praise for man of the match Kevin De Bruyne, who continued his remarkable season with a goal and an assist.

Asked how De Bruyne ranked among the all-time great creators in the Premier League, Guardiola said: “Players like him speak for themselves every single day with how they play.

“He is an important player for us, the Premier League and this club.”