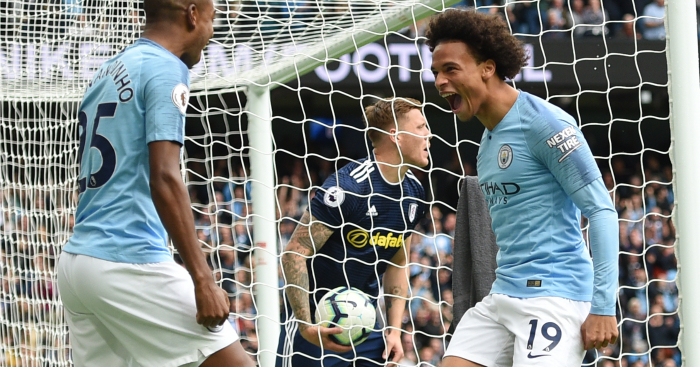 Leroy Sane’s return to form has earned glowing praise from Pep Guardiola – but the Manchester City boss has warned him his place in the side is far from guaranteed.

The reigning Young Player of the Year made headlines over the summer when he was controversially axed from Germany’s World Cup squad amid question marks over his attitude, though Die Mannschaft’s disappointing campaign looked to have made that decision look folly.

But Sane was also left out of the City side for the opening four matches of the season – an omission that appeared to jolt him as he has since returned to form and the side over the last three matches.

Now Guardiola has responded by warning the 22-year-old he cannot afford to rest on his laurels.

“He’s played really well in the last games,” the City boss said. “Leroy was important, is important, will be important for us.

“But our profession is so demanding and every single day you have to do your best and in the last two or three games he was really good.