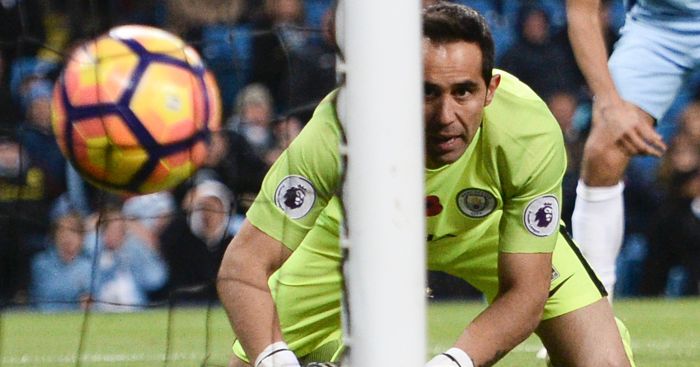 Pep Guardiola’s vision of Manchester City’s future may have left Sergio Aguero and Claudio Bravo wondering how they will return to the starting XI.

Error-prone keeper Bravo was surprisingly dropped by Guardiola in favour of Willy Caballero for Wednesday night’s trip to West Ham.

And striker Aguero also started on the bench as teenage Brazilian Gabriel Jesus inspired City to a thumping 4-0 win.

“Today Caballero was the first choice,” said Guardiola. “I will sleep well and decide in the future.

“Was it a difficult decision? Yes, it was difficult.

“But three or four guys stayed in Manchester, that was difficult. I have 23 guys who deserve to play.

“Sergio remains an important player for us. I make decisions with my staff, depending on performances in the past.

“I’m a guy who likes to involve as many players as possible. In this crazy calendar it’s impossible to play with the same guys. I try to be fair with my decisions.”