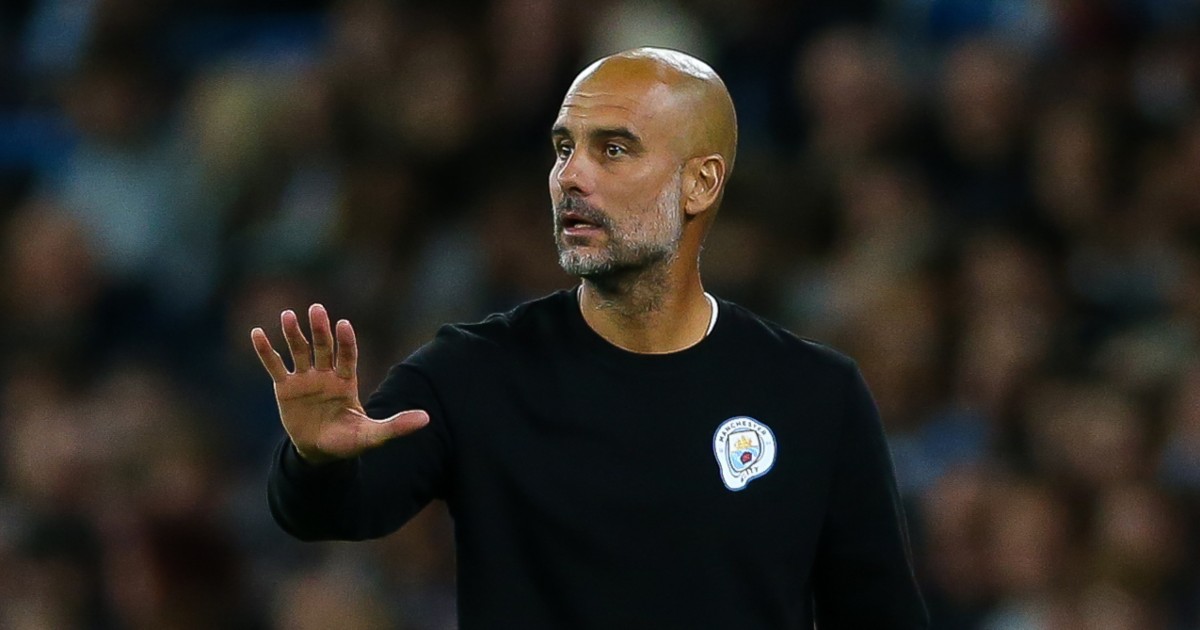 Pep Guardiola is envious of the strikers Chelsea, Manchester United and Tottenham have at their disposal.

Manchester City’s search for a centre-forward has been well-documented, the club having failed to extricate Harry Kane from north London in the summer.

A late move for Cristiano Ronaldo was then reported before Manchester United hijacked the deal and ensured the Portuguese’s return to Old Trafford.

After seeing Chelsea beat them in the Champions League final and capitalise on their position by bringing in Romelu Lukaku, Guardiola admits those three clubs in particular have one of few things his Manchester City team lacks.

“A striker is a striker – they live a little outside the bubble,” he said. “Along with the goalkeepers they are the most specialised players.

“These are the most difficult players to get. We were privileged to have Sergio for so many years but unfortunately the last year he had was bad for injuries.

“We survived without him in a way, but when we played with him we had something extra. We have exceptional players but we don’t have this weapon that other teams like United or Chelsea or Tottenham have.

“We have to use what we can as a team. We do not have a player who can score 25 goals for himself so we have to do it as a team, and that is what we will try this season.”

Or maybe they will sign Kylian Mbappe after Sheikh Mansour’s “mandate”.

Guardiola went into more detail on Lukaku in particular, the Belgian already having made an impact at Chelsea with four goals in six games.

“I’m not going to deny what a player Romelu Lukaku is,” he said ahead of their meeting with the Blues at Saturday lunchtime. “Chelsea are the champions of Europe, already a strong team, and with him they are even stronger of course.

“You see how he handles the long balls, he supports the attacking midfielders and the wing-backs and with the quality of players they have in the middle, he puts balls between the lines.

“Of course they are a stronger team than last season but this is the challenge.”