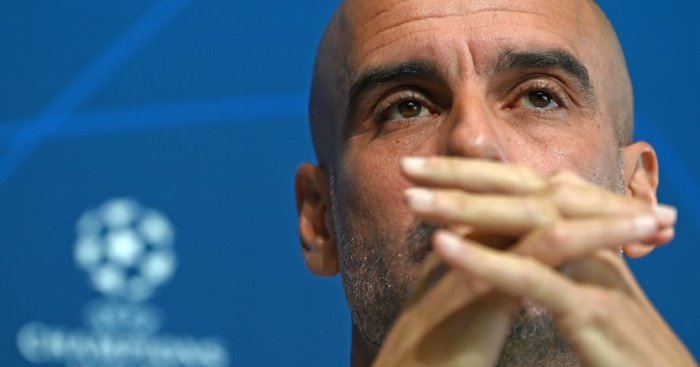 Pep Guardiola has called on his Manchester City players to show they have the mentality to win the Champions League.

The City boss said after the Premier League winners’ victory at Crystal Palace on Saturday his side were not yet ready to win Europe’s elite competition.

City are again rated among the favourites but in the past three years they have stumbled in the knockout stages and Guardiola feels there are mental hurdles that must be overcome.

Speaking ahead of Tuesday’s Group C clash with Atalanta, Guardiola said: “I think the way we are really strong as a team has been built up from four seasons ago.

“But it’s more for the fact that two times in the Champions League we went out on away goals and in both games we conceded a lot of goals.

“In this competition you play against incredible players and, if you give some teams one moment, a metre, they will score. We have to know that.

“These little margins are sometimes the difference and we’re working on that. I believe that kind of situation is about the mentality.

City beat Palace 2-0, bouncing back from their loss to Wolves prior to the international break, but Guardiola felt they should have won more convincingly.

The City boss does not believe his team are clinical enough, even though they are the top scorers in the Premier League by some distance. He also, although perhaps inadvertently, chose a strange example to illustrate his point – last month’s 8-0 win over Watford.

He said: “The Champions League will be won in the box and so far we haven’t been very strong in the box.

“We have made a number of mistakes that we shouldn’t make at this level. For example in the match against Watford we created a lot of opportunities but scored very little.

“But of course we have time. Tomorrow we have this chance to improve. We need six more points to qualify and tomorrow we can make an incredible step forward.

“We will see how we are in February in the latter stages if we are to go through.”

City are looking for a third win from three games in their group after victories over Shakhtar Donetsk and Dinamo Zagreb.

Atalanta are still to register a point but, as they sit third in Serie A and finished in that position last season, Guardiola expects a difficult contest against Gian Piero Gasperini’s team.

Guardiola, who used to play for Atalanta’s arch-rivals Brescia, said: “Having seen what Atalanta did last year and what they are doing this year, it is incredible. It is a great joy to watch his (Gasperini’s) team play.