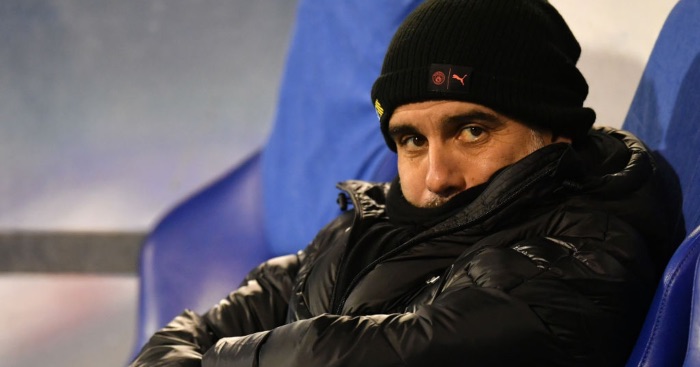 Pep Guardiola says England have an ‘incredible’ decade ahead after Phil Foden marked his 50th Man City appearance with a goal and an assist against Dinamo Zagreb.

City came from a goal behind, a brilliant volley from emerging Spanish talent Dani Olmo, to breeze past the Croatian champions and win 4-1.

Having already wrapped up the group’s top spot with a 1-1 draw against Shakhtar Donetsk a fortnight ago, Guardiola opted to go for a heavily-rotated XI in the Croatian capital.

Gabriel Jesus will steal the headlines with a well-taken hat-trick, but Foden helped pull the strings in midfield and made a compelling case to start against Arsenal this weekend.

His manager gave his take on Foden’s individual display, per the Manchester Evening News, but used it to make a wider point about the exciting future for English football, citing Chelsea’s Mason Mount as another example of the quality players coming through.

“He was so good,” said Guardiola.

“The way you play in England is a bit different [to Spain] but now young players at Chelsea, Mason Mount, are quite similar. One on one, creating more spaces.

“England have an incredible generation for the young players, the next decade England has incredible players and it’s good for the country.”