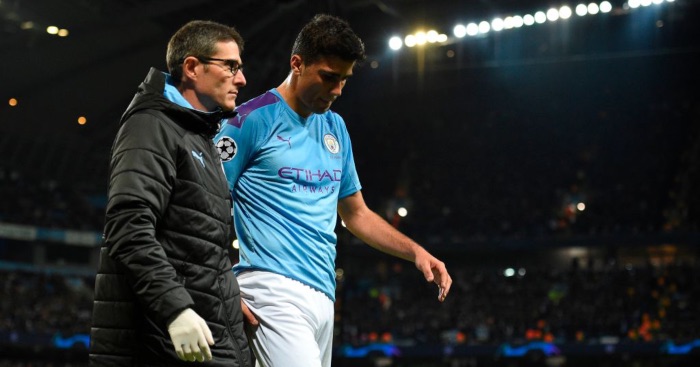 Midfielder Rodri hobbled out of City‘s Champions League clash with Atalanta on Tuesday with a hamstring problem and will be out for the next few weeks.

Left-back Zinchenko has undergone minor surgery on a knee problem and could be sidelined for up to six weeks.

Asked about Zinchenko at a press conference to preview Saturday’s Premier League clash with Aston Villa, Guardiola said: “He had a contact with a knee. He felt something in the bone and has to stop.

“He had something to clean up the knee. It was not a big issue. Five or six weeks.”

On Rodri he added: “They told me after the (November) international break maybe he will be ready again.”

Rodri had started in defence against Atalanta despite specialist centre-back John Stones being available again.

Guardiola, however, did not feel Stones was match-fit.

He said: “It’s not about the first choice, it’s about being fit. He has had many injuries. That’s why he couldn’t play.”