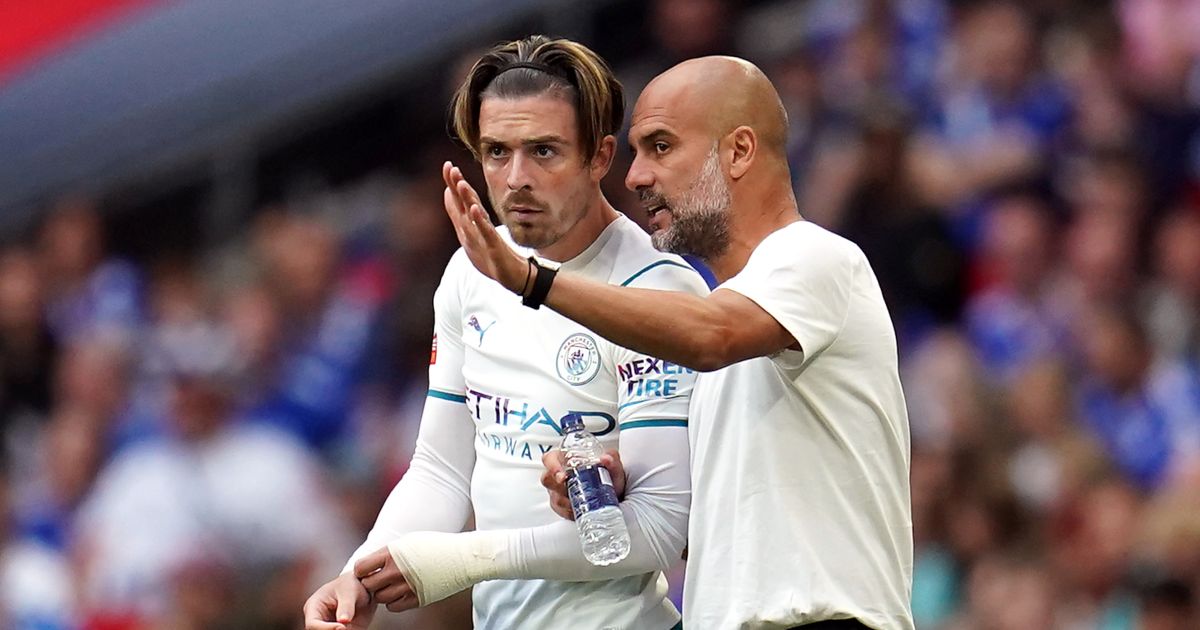 Pep Guardiola is keen to allow Jack Grealish to “express” himself this season after his “really good” debut against Leicester City on Saturday.

Kelechi Iheanacho scored the only goal of the game from the penalty spot as the Foxes picked up their first silverware of the season following last campaign’s FA Cup triumph.

It was a patched up City side, who were without major players through injury and summer exertions, with Guardiola deciding to leave Grealish on the bench.

Grealish eventually came on as substitute in the 65th minute just two days after his record £100million switch from Aston Villa.

On the former Aston Villa captain’s performance, Guardiola said: “He was really good – aggressive, going against full backs and every time he had the ball there were three players [around him].

“We will know him and step by step he will find the best.

“How can he build a relation when his mates are not here? But it’s not a problem, he knows Kyle and Raz and Phil and they are back tomorrow.

“We just need to provide him and let him express his quality. He didn’t come for 25 minutes, he came for five-six years.”

Sharing another memorable occasion with the Blue Army 🦊🔵 pic.twitter.com/yVHx3JtLuH

Meanwhile, Guardiola does not expect to have anything like a full-strength side when they face Tottenham in the Premier League opener next weekend.

“It happened last season, we arrived late,” he added. “Tomorrow seven or eight players arrive back. That’s why I guess at the beginning of the season we will try to get results without being at our best.

“We know we will not be at our best but the players will be better next Sunday. That is the process we have to do.

“I saw many good things today. I don’t think we played badly and I told the guys how proud I am. But in this business you need to win.”

Guardiola continued: “I would have loved to win the game. Congratulations to Leicester for the victory, but the performance was really good. At this stage of the season, and to play the young guys, was excellent.

“With a little bit of luck and with better decisions in the final third we could have scored. But with all the players out, the players who have trained together the last two weeks have been exceptional.

“We were so good. That is the first step to try again and compete this season.”