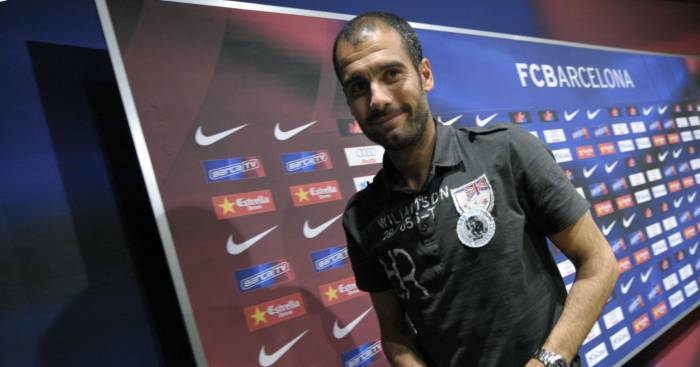 Manchester City boss Pep Guardiola has picked out nine players from Manchester United’s “incredible” team that lost to his Barcelona side in the 2009 Champions League final.

Guardiola‘s side beat Sir Alex Ferguson’s defending champions 2-0 in Rome’s Stadio Olimpico after United had beaten Chelsea on penalties in the final the previous year.

It was the first of Guardiola’s two Champions League triumphs as Barca boss with Samuel Eto’o and Lionel Messi grabbing the goals for the Catalan giants.

“That Manchester United was outrageous, it was outstanding,” Guardiola told BT Sport’s What I Wore.

“We had a lot of problems their with the back four. We had three injuries in the starting XI.

“But we (Barcelona) were full of confidence, we’d won the league and the cup and we did it.”