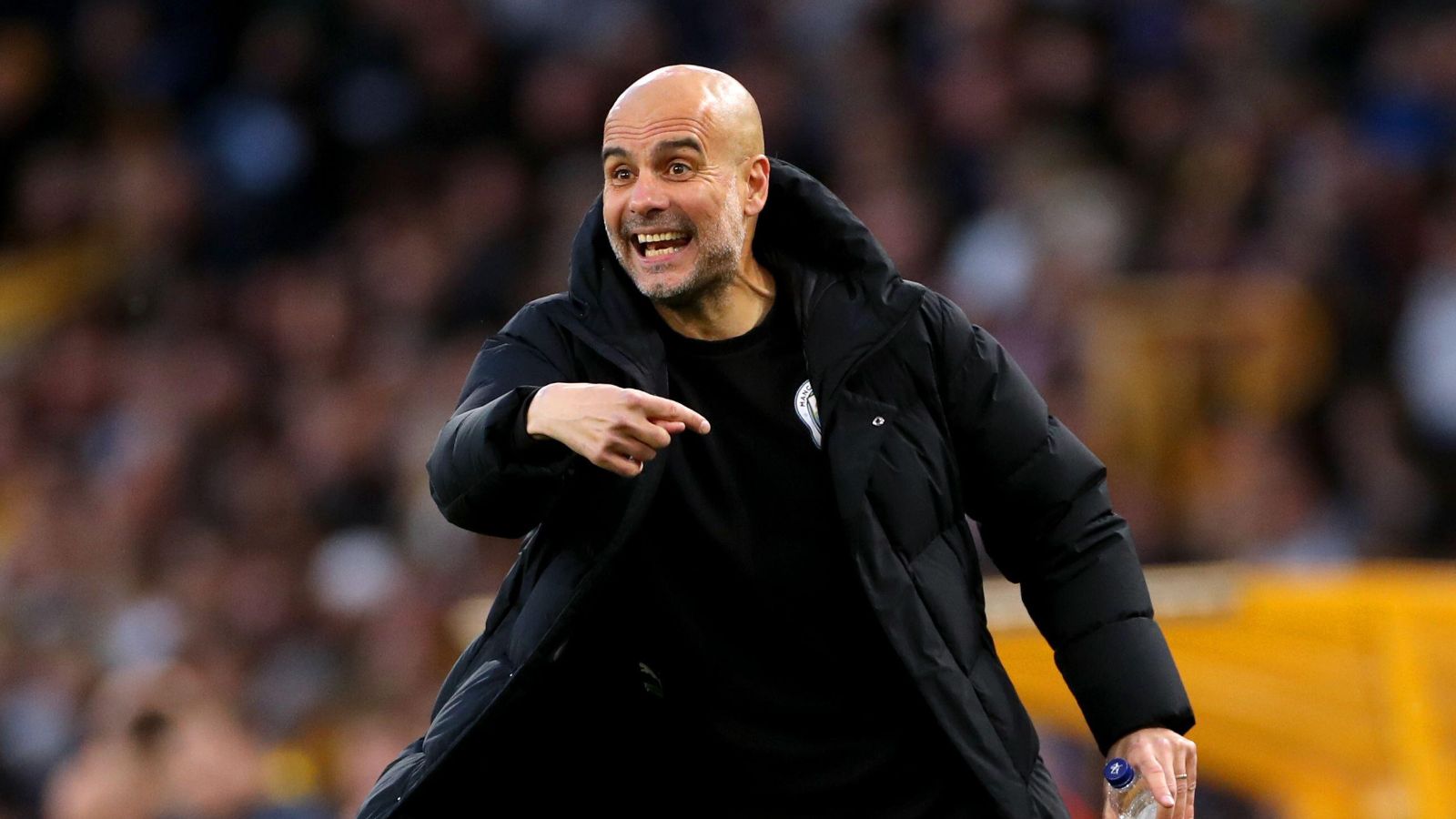 Liverpool beat Aston VIlla 2-1 on Tuesday to move level on points with Man City. Guardiola’s side had their game in hand against Wolves on Wednesday.

De Bruyne was at his very best as he fired in a left-footed hat-trick before the interval. Leander Dendoncker had briefly brought the game level.

UEFA Champions League reforms: everything you need to know (for now)

The centre-midfielder netted his fourth in the second half and Raheem Sterling made it five before the end.

This result restores City’s three-point lead at the top of the Premier League. With their better goal difference, they will all but seal the title if they beat West Ham this weekend.

Speaking after the win over Wolves, Guardiola praised De Bruyne for being their “key man”:

“We played really well in this stadium we know how difficult it is. Three points, rest and then West Ham,” Guardiola said (quotes via BBC Sport).

“[De Bruyne] has played the last two or three months, especially in the Premier League outstanding, and in the Champions League as well. He has been our key man in this part of the season.

“It is not just what he creates and the goals and everything. He helps us a lot. I am happy because Kevin is so generous and always thinking the best for the team but this year is also the most prolific for him.

Earlier this week, it was confirmed that City had agreed to sign Erling Haaland from Borussia Dortmund.

On the signing, Guardiola added: “It is a decision for the club to make a good sign for the future. He can come for many, many years hopefully and I am pretty sure he will adapt perfectly to our team but for next season.

“The players make you a good manager. He is an incredible young talent, the perfect age. I am pretty sure we are going to help him settle as best possible.”