Nigel Pearson was sacked over the weekend with two games of the season remaining. 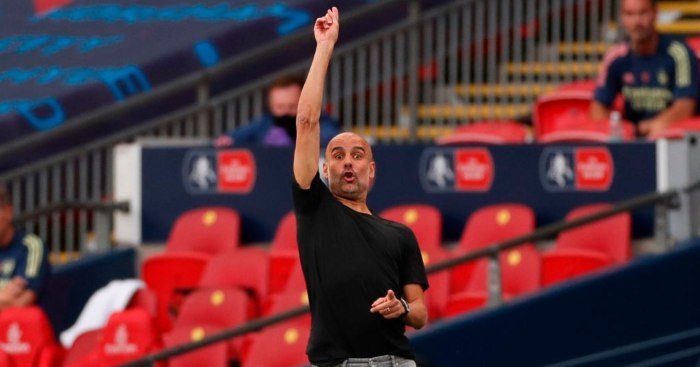 Pearson was sacked over the weekend with two games of the season remaining and Premier League survival within the club’s grasp.

Guardiola, whose side face Watford on Tuesday, said: “All I can say is, before the lockdown, what Nigel did was incredible – the amount of points they got.

“But after that I don’t know what happened. I respect the decision of the club and I wish Nigel all the best. He is an experienced manager in England.”

Another manager Guardiola admires is Marcelo Bielsa, who has led Leeds to promotion to the Premier League this season.

Guardiola said: “I was lucky to have the opportunity to talk with him. For world football his ethics, his behaviour, the way his team plays – he is an authentic manager, his product is always incredible. Nobody can imitate him and that makes him special.

“Congratulations, not just to Marcelo Bielsa, but all Leeds. It is an historic team, after 16 years they are coming back and it will be good to go to play in that stadium against them.”

Guardiola admits the departure of Pearson has left him unsure how to prepare for Tuesday’s game at Vicarage Road.

He said: “It makes my job easier. I don’t have to watch any Watford games because we don’t know how they are going to play. The players will have to find solutions for themselves.”

Watford still need points to secure their place in the top flight but there is nothing riding on the game for City, who are guaranteed to finish second.

Following Saturday’s loss in the FA Cup semi-final, City’s focus is now the resumption of the Champions League in August.

Guardiola said: “We are going to make some changes, some players who played the semi-final are going to play but in the next two games I will try to let all of them play.”

City will have almost two weeks after their final Premier League game against Norwich on Sunday before they host Real Madrid in the second leg of their Champions League last-16 tie on August 7.