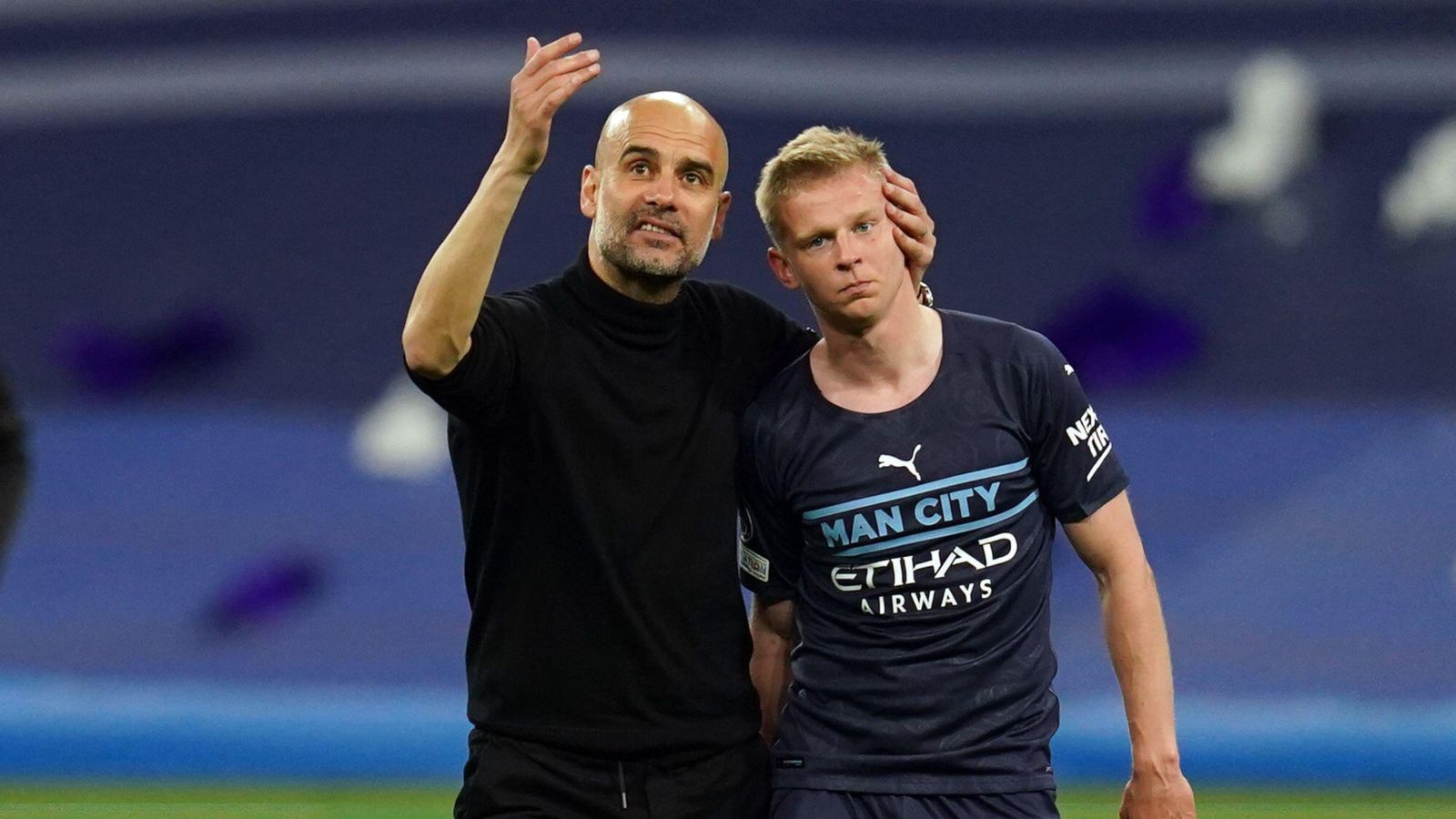 Manchester City boss Pep Guardiola has praised the effort Oleksandr Zinchenko has always shown for his team as the Ukraine international closes in on a move to Arsenal.

Zinchenko is set to join the Gunners, who like City are on a pre-season tour in the United States, with the formalities of the transfer expected to be completed shortly.

A fee of around £32million is reported to have been agreed for the versatile 25-year-old, who can operate at left-back and in midfield.

Ahead of City’s pre-season friendly against Club America in Texas, Guardiola revealed Zinchenko would depart with the club’s best wishes for the next chapter in his career, as he reunites with his former team-mate Gabriel Jesus in north London.

“On behalf of the club (I would like to express) gratitude for the effort, how they behave on and off the pitch. It was nice with Alex yesterday because we could say goodbye properly,” Guardiola said at a press conference.

“Unfortunately with Raheem (Sterling) and Gabriel we could not do it because it was the summertime, but yesterday we could say goodbye to him and (he can) move on to Arsenal.”

Zinchenko, joined City during 2016 from Russian side Ufa, will work again with manager Mikel Arteta, who was assistant to Guardiola at the Etihad Stadium.

The Ukrainian had been with City at their base in Houston, but has now headed off to complete a medical and join up with the Gunners.

Arsenal are in Florida, where they play Orlando City on Thursday before facing Premier League rivals Chelsea at the Camping World Stadium on Saturday.

Brazil forward Jesus joined from Manchester City in a reported £45m deal, and Arteta continues to look at further strengthening the group.

Speaking ahead of Thursday’s friendly, the Gunners boss said: “We are in the market to keep improving the squad, but there are so many parties involved and sometimes things don’t happen as quickly as you want.”