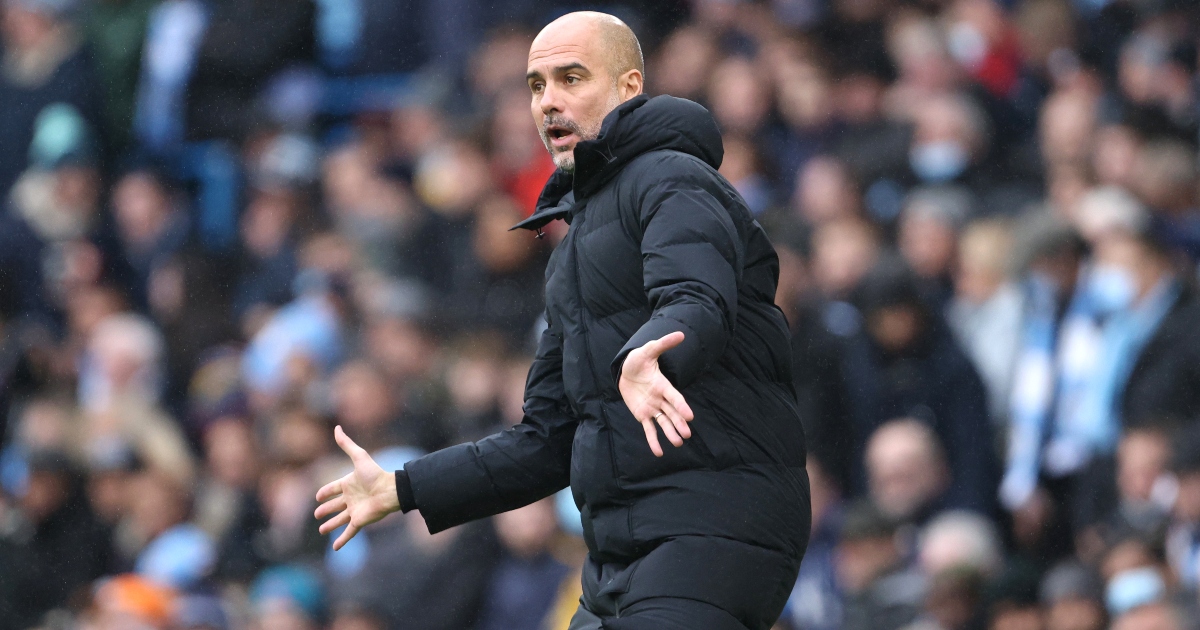 Pep Guardiola doesn’t believe Raul Jimenez’ red card had that big of an impact on the games as Manchester City were much better with 11.

Wolves were resolute throughout the first half but were reduced to 10 men shortly before the break as Jimenez picked up two yellow cards in quick succession.

City found the breakthrough in the second half from the penalty spot. Joao Moutinho was penalised for a handball and Raheem Sterling calmly slotted home to give Guardiola’s side the three points.

The Champions League group stage is ruined and cannot be saved

Speaking to after the win, Guardiola admitted the red card didn’t influence the game too much

“Against 11 players we were better. It is not easy play against them with 10.

“They defended really well. We suffered against them last season, by not attacking in the right moments and they punish you. But we were patient and deserved the win.

“We played really good. It is not easy. They had 10 players in the box, eight or nine for crosses. It is difficult and today maybe we missed some chances. But despite of that we won the game.”

Sterling’s winner was his 100th Premier League goal and his manager was quick to praise the winger.

“Big congratulations. He is still a young player and 100 goals is a lot of goals. His contribution to this club is massive. He is back scoring goals, has confidence. It’s good.”

City nearly threw away the result in the dying moments as Max Kilman got on the end of a cross but his header was tipped over by Ederson. Guardiola praised the Brazilian’s ability to make a great save after having little to do.

“Congratulations to him as well. We conceded late goals against West Ham and Watford but finally he can achieve it.

“And that’s why we have Edi with his contributions in the right moment, a big save in the second half.

“We don’t concede many chances but what chances they have, he is there.”

City now find themselves four points clear at the top of the Premier League table but Liverpool and Chelsea will have the chance to close the gap on Saturday afternoon.