Home All The News Guardiola has taken our internet away – Zabaleta 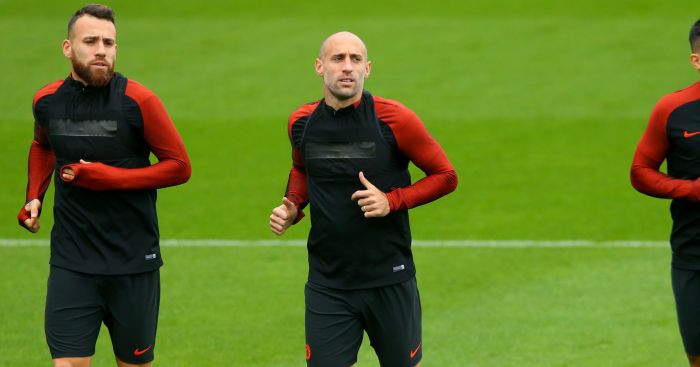 Pablo Zabaleta has revealed that Manchester City boss Pep Guardiola has blocked players from using the internet at the club’s training base.

The former Barcelona and Bayern Munich manager has overseen a strong start to his tenure at the Etihad Stadium since arriving in the summer.

The Spaniard won his opening six Premier League games before Sunday’s 2-0 defeat at Tottenham, while City are also unbeaten in the Champions League so far.

Guardiola’s eye-catching start to life in England has been credited to his work on the training pitch, but defender Zabaleta hinted his attention to detail goes beyond matters on the field.

Speaking to Argentinian sports TV channel TyC Sports, Zabaleta said: “He forces us to have breakfast and lunch together at the club.

“The internet is cut off, we are held incommunicado. We don’t even use 3G.”

Guardiola has previously banned junk food and warned overweight players in pre-season that they would be exiled from the first-team.

The 45-year-old has guided City to the summit of the Premier League table and Zabaleta is a fan of his methods.

The Argentina international added: “You always want and you dream to be trained by the best coaches, and today I have the opportunity to work with one of the best.”