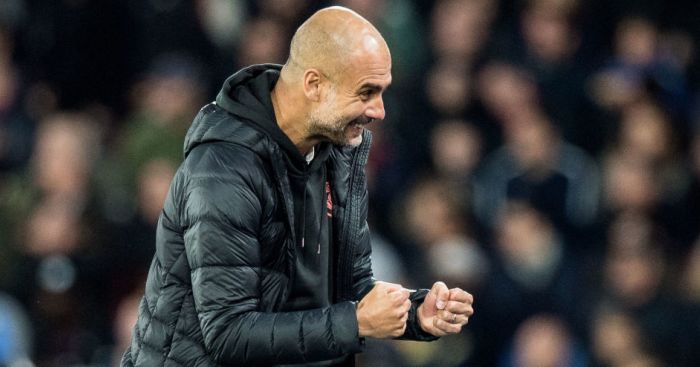 Manchester City boss Pep Guardiola said that he hopes his side can use Saturday’s 2-0 victory over Crystal Palace as a springboard.

Goals from Gabriel Jesus and David Silva late in the first half were enough for the champions as they closed the gap on Premier League leaders Liverpool to five points, ahead of their clash with Manchester United on Sunday.

City had already lost two league games coming into Saturday’s match – only two less than in the whole of last season – but speaking to Sky Sports after the match, Guardiola hoped his side could use their latest win as a springboard for more success.

“As always good,” the manager said of his team’s performance. “We played good, created a lot of chances. They are always so strong for the second ball.

“Unfortunately we could not convert the enough chances we had but it was an important three points after the international break. They were I think one point below, so they are having an incredible season.

Guardiola put Rodri alongside Fernandinho at the back due to a knock picked up by Nicolas Otamendi and the City boss was impressed with how the defensive midfielder adapted, despite a lack of preparation.

“Rodri did not train one day in that position,” Guardiola added. “The back four responded well I think.”

City now turn their attentions to the Champions League as they look to make it three wins from three in the group stages with a victory over Atalanta on Tuesday.