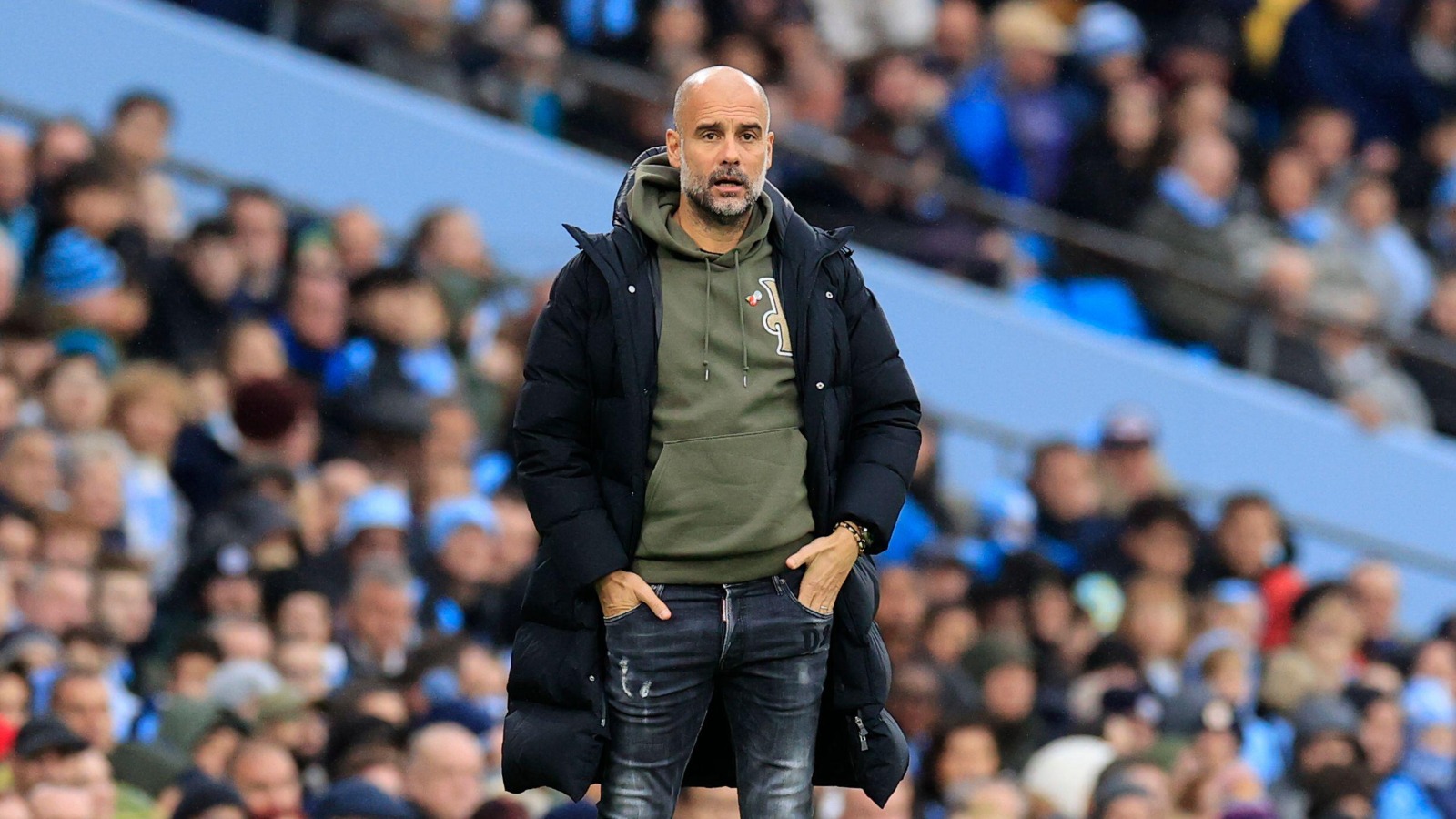 Pep Guardiola says Man City were beaten by the better team as they were “dictated by long balls” in a 2-1 defeat to Brentford on Saturday afternoon.

Ivan Toney showed Gareth Southgate what he could be missing at the World Cup with a brace to give Brentford three valuable points and give Arsenal a chance to extend their lead over Man City later in the day.

Toney put Brentford ahead on 16 minutes before Phil Foden equalised on the stroke of half-time – but it was the Bees’ day with Toney grabbing his second of the afternoon in the eighth minute of second-half injury time.

And Guardiola conceded that Brentford deserved their victory as Man City “struggled” to handle “their long balls”.

Guardiola told BBC Sport: “The best team won, we struggled from the beginning and we couldn’t deal with their long balls.

“Usually you press the balls to win it but this was different. They defended so deep and so well.

“We didn’t have the dynamic today because we were dictated by long balls that we were losing.

“The game was so difficult, it was so tight.

“They did really well in the plan they had and were better.

“We have done exceptional in the Champions League and well in the Premier League. We’ll come back and prepare for the second-half of the season now.”

Brentford boss Thomas Frank labelled the win at the Etihad Stadium as a “mind-blowing performance” that means they now have 19 points from their opening 15 matches of the Premier League season.

Frank told reporters: “One of the most satisfying wins we’ve had, I think the play-off final will always be the one, getting us to the promised land. But, of course, it is up there.

“Speaking to some people from the club, this is probably the single biggest ever result, against one of the richest clubs in the world and we have one of the lowest budgets in the division. We’re just a bus stop in Hounslow.

“From my perspective, it was well deserved if you look at the chances. I think we eliminated them. I’m unbelievably proud. We’re missing four of our starters as well. Mind-blowing performance.”

On Ivan Toney, he added: “Fantastic, I can’t praise him enough. How good a person he is, his emotional intelligence with his team-mates and everyone around the club. But also, what a player! What a striker! He scored two, probably should have score one more. A hat-trick here, I thought that was only for Haaland.”

On Brentford’s defending, Frank continued: “We spoke a lot about wow do we eliminate Haaland? We stopped the source into him and when it got into the box, we defended brilliantly.”