Home Manchester City Guardiola: If Barca want Sterling, they can get him 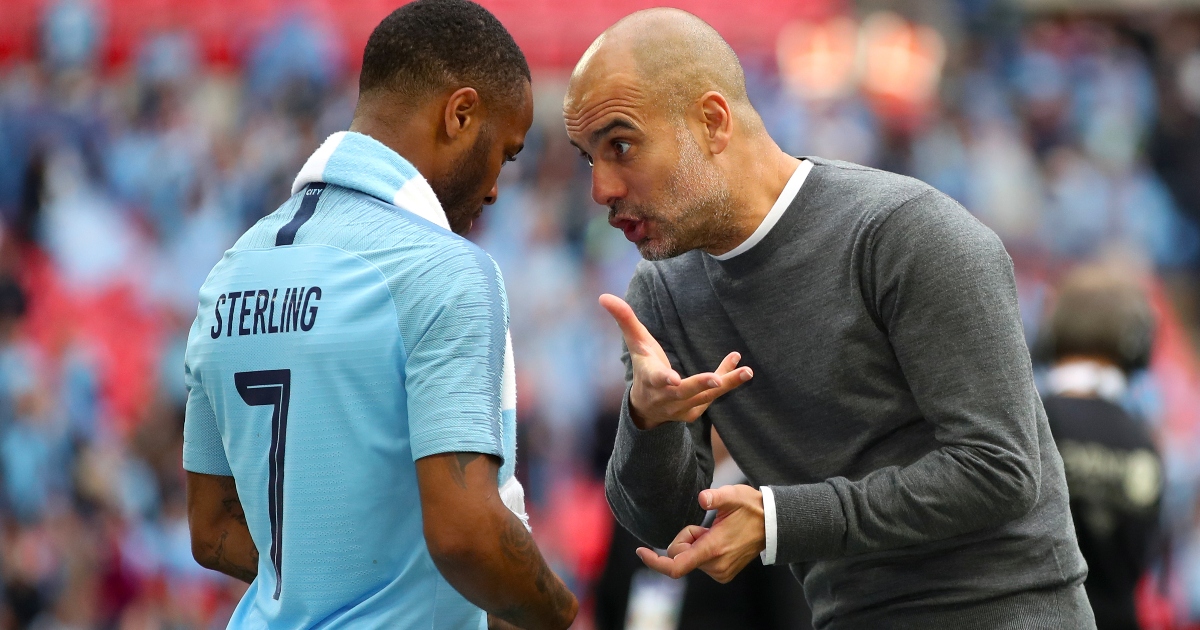 Manchester City manager Pep Guardiola claims if Barcelona wish to sign Raheem Sterling, they have the pulling power to do exactly that.

Sterling has been heavily linked with a move to the Camp Nou, despite the Catalan club’s financial problems.

Adding fuel to the fire, the England international revealed he would be “open” to a Man City exit, preferring a move to a foreign club.

“If there was the option to go somewhere else for more game time I would be open to it. As I said football is the most important thing to me,” he said last month.

Sterling has found consistent game time hard to come by this term. He has played the full 90 minutes of a match on four occasions, with half of those appearances coming in the Carabao Cup.

And Guardiola was asked about Barca’s interest in his player, admitting that they could sign Sterling if they want him.

“Honestly I have no idea. I don’t know anything. Not that I would tell you anyway,” the Spaniard said.

“If Barcelona are interested in any of our players, I am convinced that they can get them. Barca continues to be an attractive club, more than attractive. The city, the club, the history and this for the trainers, for the players always seduces a lot.

“If Barcelona interests one of our players, they will set up the machinery into operation, it is a liner.

“Barca can use their media to influence signings. That’s the thing about Barcelona; they can do what they want, good or bad.”

Meanwhile, City defender John Stones has revealed that “reassurance” from England boss Gareth Southgate helped him get through his difficult start to the season.

He has only played 90 minutes of a match on three occasions in 21/22, but started and finished Saturday’s Manchester derby due to Aymeric Laporte’s suspension.

Asked if he had spoken to Southgate during his time out of the City line-up, the 27-year-old told BBC Radio 5 Live: “I think it was maybe last camp or the camp before that, we spoke about it.

“It was almost a bit of a reassurance, or things that I already knew and was already thinking, but just to ‘stick with it and you’ll get your time’.”