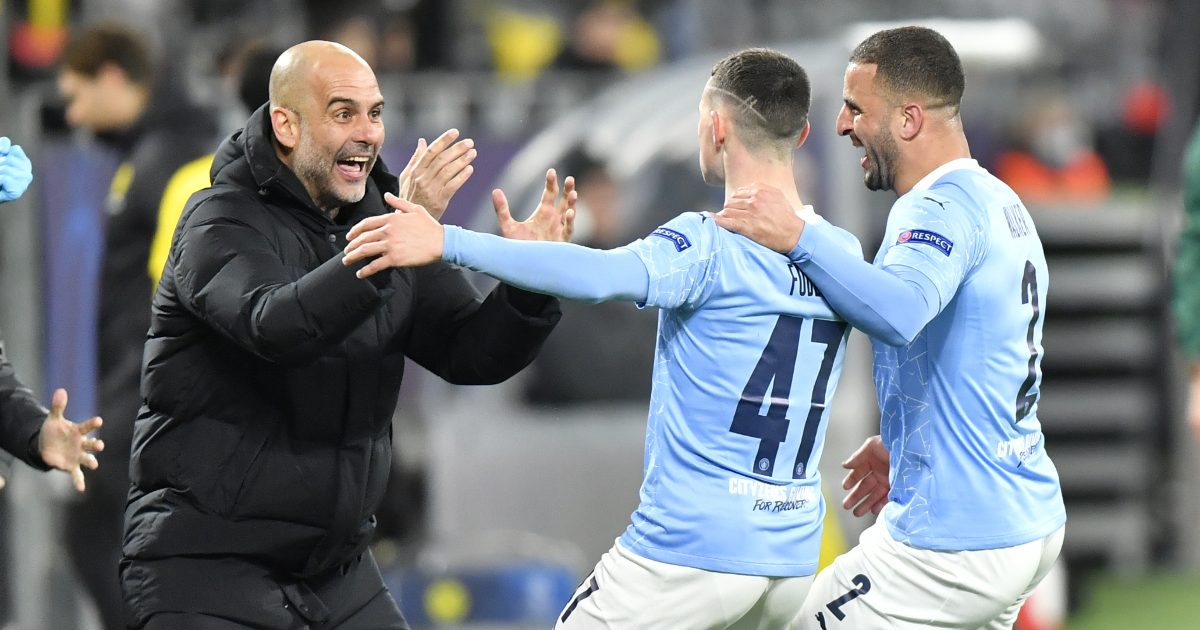 Manchester City manager Pep Guardiola suggested that his side were “brilliant” except the opening ten minutes against Borussia Dortmund in Germany.

Man City have not reached the Champions League semi-finals since 2015/16 and they are yet to reach the final four under Guardiola.

They have lost at the quarter-final stage in each of the last three seasons, and they looked like they might succumb at this round again at one stage.

Dortmund took the lead on the night through Jude Bellingham, who found the top corner past Ederson. They remained 1-0 up until Guardiola’s men turned the tie around in the second half.

Riyad Mahrez restored their aggregate lead from the penalty spot in the 55th minute. This was before Phil Foden’s strike from the edge of the area put the result beyond doubt late on.

The Premier League leaders won 4-2 on aggregate to book their place in the Champions League semi-finals.

As cited by BBC Sport, Guardiola said post-match that it is important that they build on their success:

“I am incredibly happy for this club, for this chairman and for the fans, everyone.

“It is the second time in the semi-finals so it is not history in the club, but we start to build it.

“We were brilliant except the first 10 minutes where they were good.

“I’m incredibly happy to be in the semi-finals, to be one of the best four teams in Europe, to be against big, strong teams and we will try to be good.

“This competition is nice but also so unfair because we are judged as a failure or a disaster when we are knocked out. You play 11 months for the Premier League and the other competitions.

“Today it was a penalty with the hand and maybe not given on another day it could be not given. We were out for handball when it was not given against Tottenham. This competition depends on the situation. But the way we played in the second half was with personality.

On celebrating Foden’s goal: “He found me, he ran everyone and found me. That’s for all the club, all the people that work so hard, to achieve what we have achieved so far.