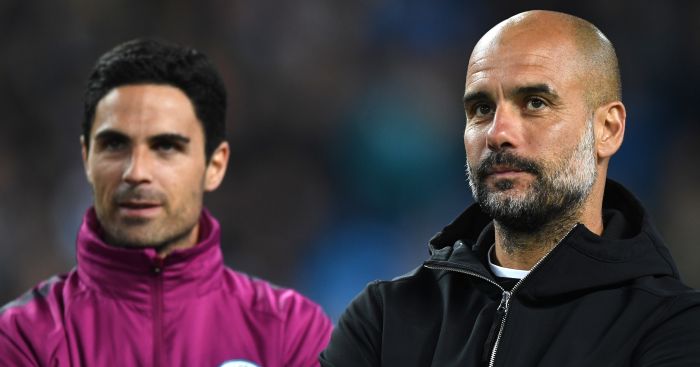 City opened their Premier League title defence with a 2-0 victory over the Gunners at the Emirates Stadium.

Raheem Sterling opened the scoring with a fine strike, before Bernardo Silva settled matters after a great team move.

“Do you remember from Sunday’s game, after the second goal, Pep’s hug with Mikel?” Perarnau told the 93:20 Podcast.

“That was because Mikel said to Mendy, ‘Don’t make a high cross when you get to the end line, make a cut-back along the floor,’ and after that Bernardo scored the goal.

“He [also] talked with Mendy and Sterling to try to make a double pass before the last cut-back.”

Good spot by @Jack_Gaughan yesterday. When Bernardo Silva scored City’s second, Guardiola and Borrell celebrated with Arteta as if he had come up with a little tactical tweak to make the goal possible. https://t.co/PQvlHEy5CX pic.twitter.com/b3dmzgWPX4