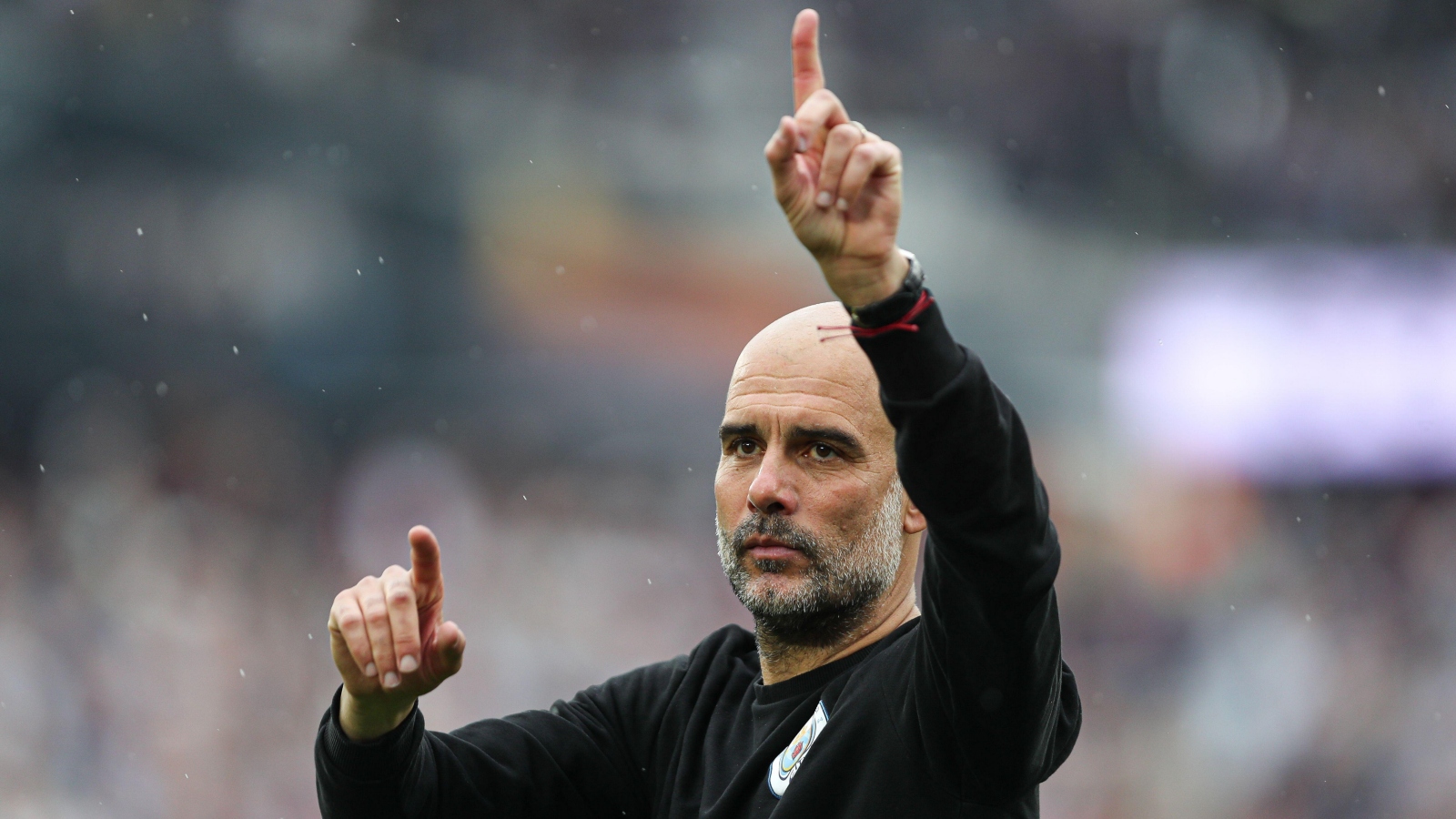 Pep Guardiola says his side will “give everything” to ensure they retain the Premier League title by beating Aston Villa next week.

Manchester City now know a win on the last day of the season will seal a fourth Premier League crown in five years, regardless of what Liverpool do.

Guardiola’s side had to battle back from two goals down against West Ham on Sunday, and then missed a late penalty to win it through Riyad Mahrez.

Jarrod Bowen’s first-half double threatened to hand the initiative to second-placed Liverpool, who would have surely relished the challenge of drawing level on points and gnawing away at the goal difference in their game in hand at Southampton on Tuesday night.

But Jack Grealish pulled one back after the break and an own goal by Hammers defender Vladimir Coufal secured what now looks a vital point.

“Now there’s no debates about goal difference, we need to win our game to be champions, if we don’t win Liverpool will be champions,” said City boss Guardiola.

“I can assure you something. In one week our stadium will be sold out and we will give them all of our lives over 95 minutes and they will give us their lives.

“It is an incredible privilege to have the chance with our people at home to win one game to be champions. I’m looking forward to it.

“We are going to rest for one or two days, mentally disconnect, and then train three or four days to prepare the game against Aston Villa.”

At the end of a week in which City celebrated the 10-year anniversary of Sergio Aguero’s last-gasp title clincher, Guardiola was keen to avoid similar drama.

“No please, not in that moment,” he said. “That moment a decade ago belongs to Sergio, Roberto Mancini and all of the players who were there.

“I’d say it is similar because it depends on us. It will be tough because there is one part that is emotional, and you have to analyse exactly what you have to do to beat Aston Villa.

“We will give everything that we have over 95 minutes to win the title.”

Had Mahrez scored from the spot, after Craig Dawson fouled Gabriel Jesus, City would have needed just a point against Villa, but Lukasz Fabianski made a fine save.

It was a dramatic end to a crazy match, which began in party mode before kick-off as West Ham bid an emotional farewell to club captain Mark Noble.

The tearful 35-year-old soaked up the acclaim from all around the ground including, bizarrely, Prince Albert II of Monaco, a friend of the midfielder.