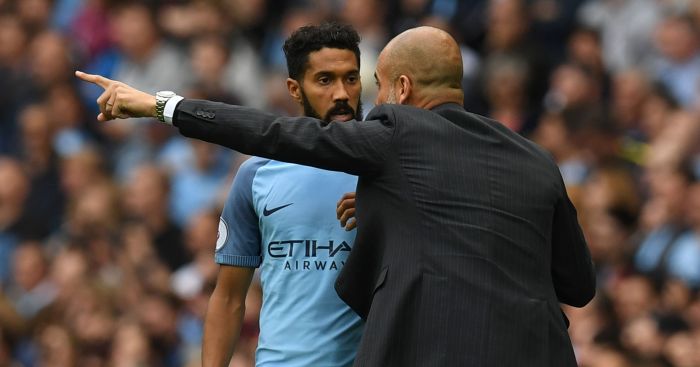 Pep Guardiola is still adjusting to life in the Premier League, according to Manchester City left-back Gael Clichy.

City sit in third place in the league standings, seven points off leaders Chelsea despite winning their last two matches against Watford and title contenders Arsenal.

And Clichy feels it can only get better for the Citizens as the manager gets used to the style of English football.

“I don’t think we are playing to the maximum of what we can be,” Clichy said to Sky Sports.

“The manager is still adjusting to English football.

“We will have to wait and see [if we have turned the corner]. We do believe that, since the Watford game, something has changed.

“But we realise that sometimes you are not going to win the game 5-0 or 6-0 and having the possession is good, but it’s not enough.”

On the 2-1 comeback victory over the Gunners, Clichy said: “You often hear people say some games are six-point games.

“Of course, winning does bring you back to the team in front of you and you’re not dropping from the first team, which is Chelsea.

“Any time of the season playing against Arsenal is a massive game and you want to win, to win for the fans, to win for you because you play against one of the best teams in England.

“Of course, this time was a major one because we couldn’t afford to drop points.”