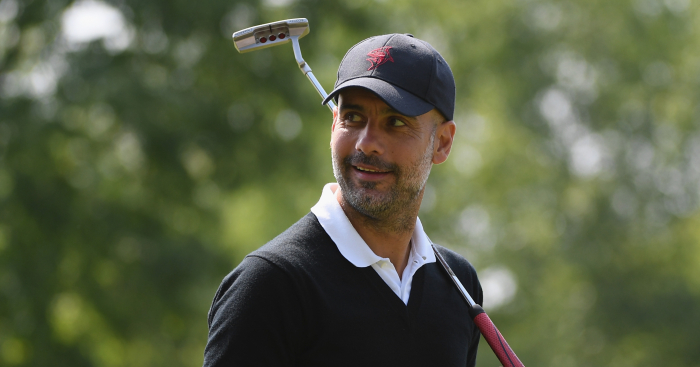 Pep Guardiola appears to have ruled out any further signings at Manchester City for the coming season.

The Premier League champions have made just one major addition to their squad this summer in the club record £60million acquisition of Riyad Mahrez.

City had made the recruitment of a defensive midfielder a priority but, after losing out on Jorginho to Chelsea, they may not head back into the market before Thursday’s transfer deadline.

City manager Guardiola does have some other options in the position, which could include deploying central defender John Stones in a midfield role. The England international briefly played in a more advanced position during Sunday’s Community Shield win over Chelsea at Wembley.

Asked if Stones could play there again, Guardiola said on Sky Sports’ Premier League Launch Show: “I don’t know, I didn’t put it in a training session. It was 10-15 minutes.

“We have Fernandinho, (Ilkay) Gundogan can play there. We don’t have many. I think we are not going to make any signings more this season.

“John, for the quality and personality he has, he is a tall guy, I think he can play there but I don’t know because we have never tried before. We will see during the season.”