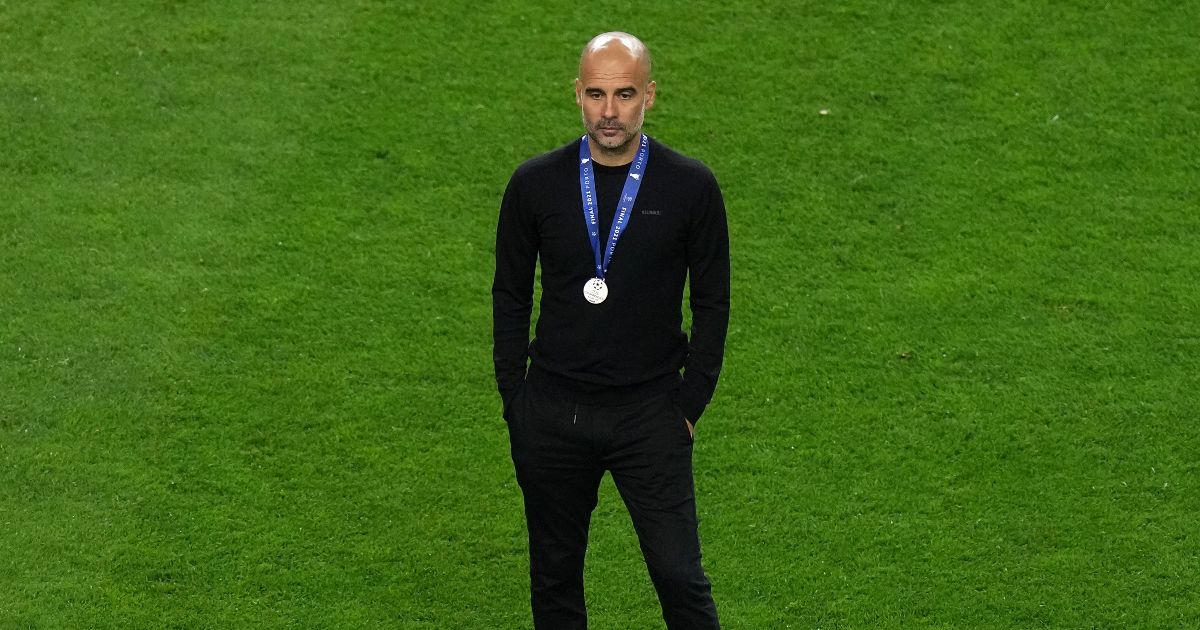 Pep Guardiola claims bringing in a striker will be “impossible” for Manchester City this summer amid links to Harry Kane.

Reports last month claimed City had placed an offer worth “£100m guaranteed” for Tottenham striker Kane, while there has been talk that the Citizens were willing to throw in players too.

Kane has enjoyed yet another stellar season in 2020/21 with Spurs, scoring 33 goals and contributing 17 assists in 49 appearances.

With Sergio Aguero moving to Barcelona on a free transfer this summer, City are now light up front with Gabriel Jesus and Ferran Torres as their only real striker options.

Borussia Dortmund striker Erling Haaland is another player who has been mentioned but, with his price tag set at a reported €200m, it looks unlikely City will pursue Haaland or Kane.

The City boss has declared it “impossible” for City to sign a striker for the current prices being quoted before backtracking slightly.

Guardiola told TV3: “At the prices we are not going to buy any strikers, it is impossible, we cannot afford it. It’s impossible.

Barcelona midfielder Sergi Roberto is another player who Guardiola reportedly has his eye on but the City boss would not be drawn on names.

When asked about speculation around Roberto, Guardiola added: “I will not answer these things.

Meanwhile, Brian Kidd recently left Manchester City after 12 years as part of the coaching set-up at the club with Guardiola paying tribute.

Following news of Kidd’s departure, Guardiola said: “Brian Kidd is a legend in this country. Not only for what he has done here at Manchester City, but at other clubs throughout his incredible career.

“He has been so important to me during my time at the club, and I am sure to Roberto and Manuel also. He has so much respect in our dressing room, from myself, my coaches and most importantly the players.

“His experience has helped us to achieve something very special during his time here and I speak for everyone at Manchester City when I thank him for everything he has done.”