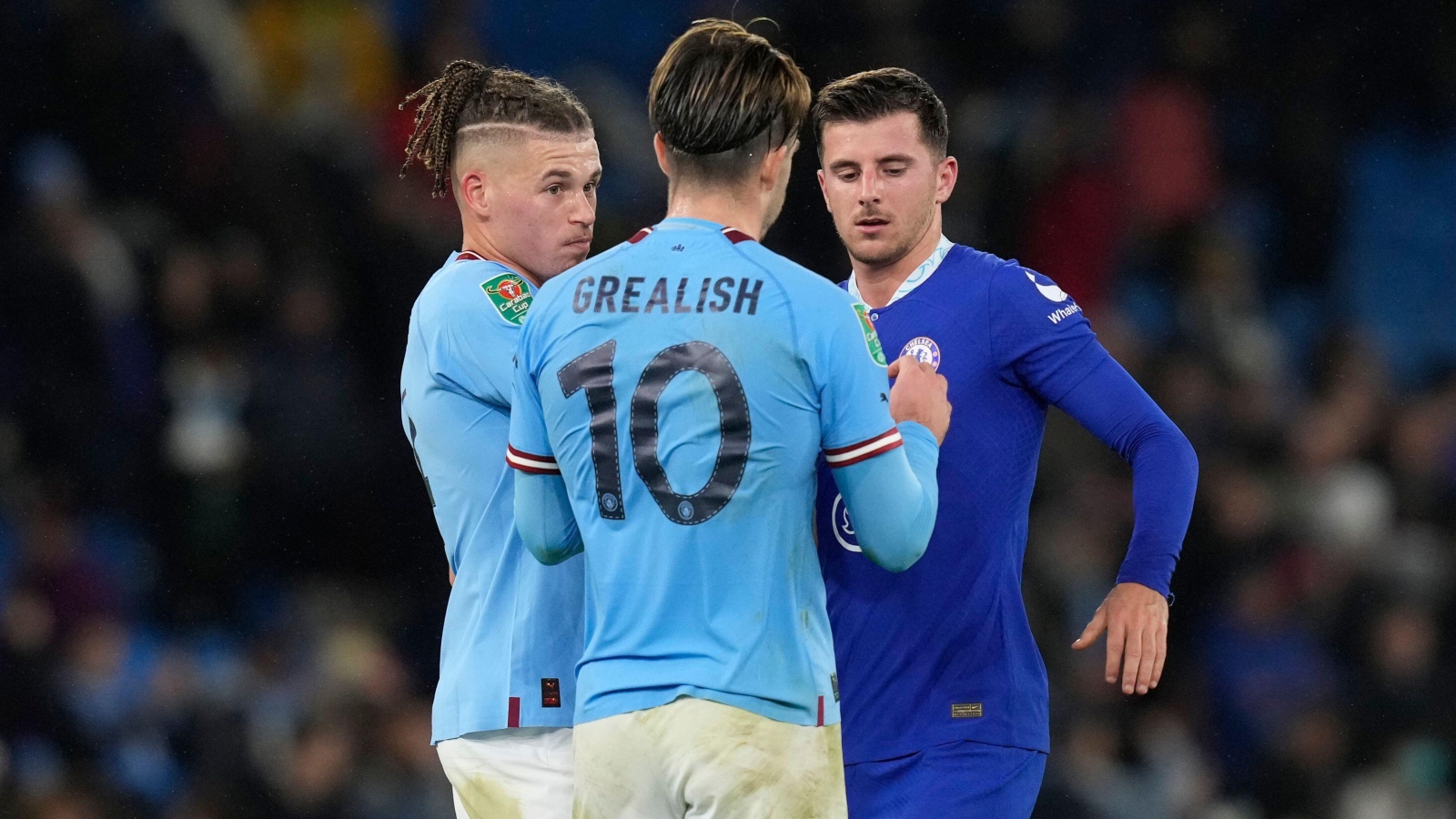 Pep Guardiola insists Kalvin Phillips is “ready” for the World Cup, but the Man City midfielder says he is “nervous” about the England squad announcement on Thursday.

After undergoing shoulder surgery two months ago, Phillips returned to the bench for City’s Carabao Cup third round win at home to Chelsea on Wednesday evening.

The former Leeds United midfielder had only played 13 minutes for the Citizens since joining them in the summer transfer window.

He came off the bench against the Blues and featured for 40 minutes, picking up some crucial minutes with Gareth Southgate set to announce his England squad soon.

Phillips played a crucial role in the Three Lions reaching the final of the European Championships last year and is a big favourite of Southgate.

Despite his lack of minutes this term, many believe the 26-year-old will still be called up for the World Cup in Qatar.

He has, however, admitted that he is “nervous” for the squad announcement.

“After the first ten minutes on the pitch my heart was racing.

“I was just glad to be back out there after seven weeks of hard work to try and push for the World Cup squad and just be back fit in general.

“It is funny, obviously the operation I had is between eight and 12 weeks and eight weeks is bang on the first game of the World Cup. It was a tough decision but one I am happy I made now.”

Phillips added to Sky Sports: “It’s an amazing feeling [to be back]. It’s been a long time. I’m glad to get back out there and play with the lads.

“Without playing for a while, it’s nervewrecking stepping onto the pitch for one of my first appearances for the club. It felt good.

“[It’s been] difficult. When I first found out I needed the operation everything went out the window. I didn’t feel great about the situation. But after a couple of days I always made sure I worked hard. I was always positive. I’m back fit now so hopefully have a chance.

“A couple of days after the operation my thought was to get back into the club and do as much as I could to get fit. I did more sessions than I would have done to get my fitness back.”

On the World Cup, he said: “Not so much [speaking to] Gareth [Southgate]. I spoke to the staff and physios checking on my progress.

“Anything can happen. I’m optimistic but I know with the amount of game time I’ve had there’s always a doubt.

“I think with my injuries I’ve not been playing 100% because of my shoulder. Now it’s sorted I can get back to what I was before. Hopefully it’ll put me in good stead.”

Guardiola was happy to see his side progress through to the fourth round of the Carabao Cup at the expense of Chelsea.

The Spanish manager praised Julian Alvarez, Stefan Ortega and insisted that Phillips is “ready” for the World Cup.

“We are really good,” Guardiola said. “Pleased with the result and performance because of how good Chelsea are.

“Julian Alvarez has been an exceptional player from day one. He scores loads of goals.He fights against one of the best strikers in the world. Erling is not fully fit. They can play together. Good players can always play together.

“Stefan Ortega was man of the match. That shows how good Chelsea are. I don’t deny he was perfect. We see him every day, he’s an incredible keeper. He’s an incredible human being. He played three games lately and he’s been exceptional.

“He [Rico Lewis] played exceptional, 17 years old against Chelsea. The players they have, he played so good.

“His experience – how to play against [Christian] Pulisic or [Hakim] Ziyech or [Kai] Havertz or [Mason] Mount. Incredible experience. The future will be bright.”

On Phillips’ return, he added: “Important. Gareth [Southgate] knows him. That’s important. A lot of days to go until the first game of the World Cup. He’s ready.”

READ NOW: Has Erling Haaland been ‘worked out’? And are Arsenal just Man City’s B team?