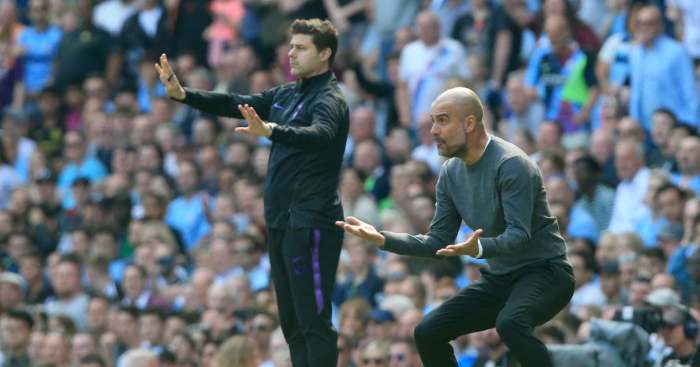 Manchester City boss Pep Guardiola believes Tottenham will again be challenging at the top end of the Premier League this season, with the teams set to meet at the Etihad on Saturday.

Spurs have finished third and fourth in the standings over the last two campaigns and also reached this year’s Champions League final, where they lost to Liverpool.

And Guardiola has no doubts Mauricio Pochettino’s men will prove stubborn opposition this term as well.

Guardiola reported a clean bill of health for the match, with Raheem Sterling again set to lead the line against Tottenham.

The England forward hit the ground running with a hat-trick against West Ham in their season opener and the City boss knows the player is a talent.

Asked if Sterling is one of best in Europe, Guardiola said “There are many and he is one of them. We have many but other clubs do too.”