Home All The News Guardiola: Man City are innocent until proven guilty 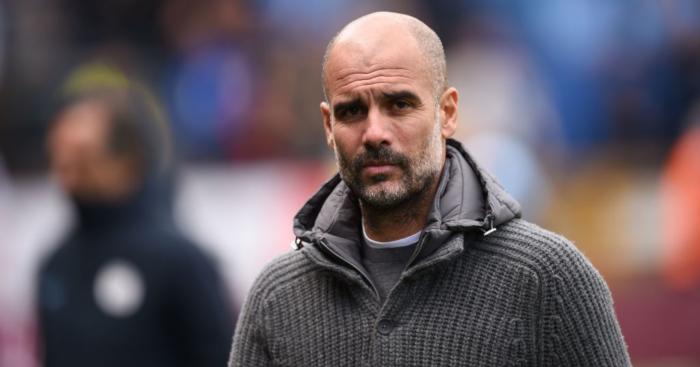 Pep Guardiola said he would accept any punishment UEFA may hand down to Manchester City for alleged breaches of financial fair play regulations but reiterated his trust in the club’s hierarchy.

A future ban from the Champions League is one of a number of possible punishments after UEFA’s club financial control body chief investigator referred City to the European governing body’s adjudicatory chamber over the matter on Thursday.

The newly-crowned Premier League champions issued a statement to say they were “disappointed, but regrettably not surprised” by the news and Guardiola on Friday said the club was innocent until proven otherwise.

“I have said many times I trust the club, the people,” Guardiola said on the eve of the FA Cup final against Watford.

“Right now I know the people are waiting for us to be guilty but we are innocent until it is proven.

“I spoke with the chairman, with the CEO, I know exactly what happened, exactly what they did and I trust a lot of them. That’s all.”

City’s title celebrations, and the build-up to Saturday’s final, have also been overshadowed by the emergence of a video which appears to show players singing a song about Liverpool fans being “battered in the street”.

But Guardiola denied that was accurate and said no offence was intended.

“It was not what people say,” Guardiola said. “If you could imagine just for one second that we could offend about what this tragedy is about, all the Liverpool people.

“We are happy for ourselves. If someone was offended, I’m sorry, I apologise. We celebrated for ourselves and how happy we were to win this Premier League against an incredible contender.”