Guardiola says he will "play mostly academy players" in the Carabao Cup on Thursday. 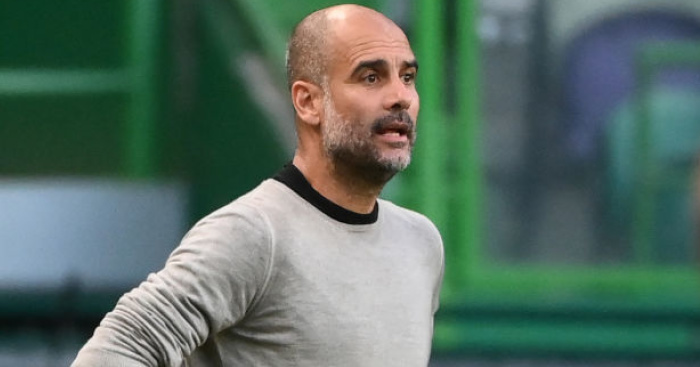 Manchester City boss Pep Guardiola admits his squad is stretched to the limit after their opening win over Wolves.

City start their defence of the Carabao Cup against Bournemouth on Thursday and Guardiola knows they cannot afford to lose others.

“All we want is the seven players that are out to come back,” Guardiola said.

“Now we have a competition that we cannot spend the energy that we spent today, before Leicester, so we’re going to play mostly academy players and try to keep the energy for the Premier League.

“With this lack of preparation and seven players out and not coming back soon, we have to keep the players from Monday as safe as possible.

“We will see how many are available, how they recover. We have just three days. We won the Carabao Cup three times in a row and we would like to continue but we don’t have the players in this period to play every three days.”

At Molineux, De Bruyne was brought down by Romain Saiss and then scored from the spot after 20 minutes before Foden made it 2-0, finishing off a flowing move.

Raul Jimenez pulled a goal back for Wolves in the second half but Jesus’ deflected strike settled the game in injury time.

“We adjusted better, we created chances and moments. We scored late and we knew one goal would change everything.

“We should do better, especially defensively. The result cannot stop us from going in this direction. I take the positives but to play well we must defend better.”