Pep Guardiola admitted that Manchester City did not deserve to go through in the FA Cup against Arsenal. 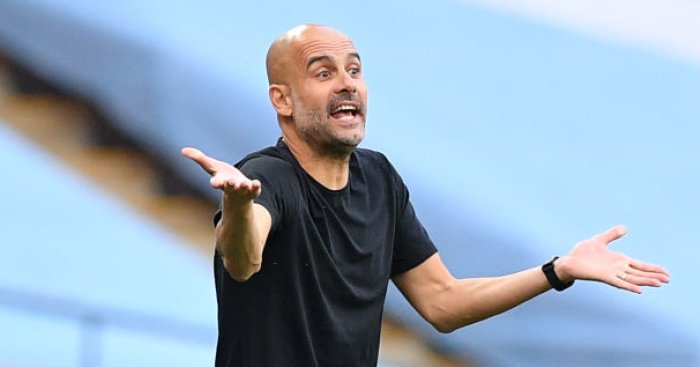 Pep Guardiola admitted that Manchester City did not deserve to go through in the FA Cup against Arsenal.

After missing out on retaining their Premier League title, City have been focusing on cup competitions. Having already won the EFL Cup, they were in the hunt for a treble.

Two goals from Pierre-Emerick Aubameyang mean that the FA Cup is beyond their grasp, though. Arsenal will contest the final instead of City.

And Guardiola admitted that their first half performance was not good enough – but vowed to build up form ahead of the Champions League.

Guardiola told BT Sport: “We didn’t play good. The only regret is not to lose the game – that can happen – but it is that we did not play the first half like we play the second.

“We did not play good and on a day when you had to, we did not.

“We started low and without the way you have to play. We are always ready many times but today we were not.

“I knew they play five at the back and with high pressing. They defended well. It happened against Liverpool too so we knew it.

“But we were not good. We have to play good to go through.

“Now we have two weeks so we want to play the final [of the Champions League]. We want to be in rhythm. It is the last opportunity we have to go through [to win another trophy].”