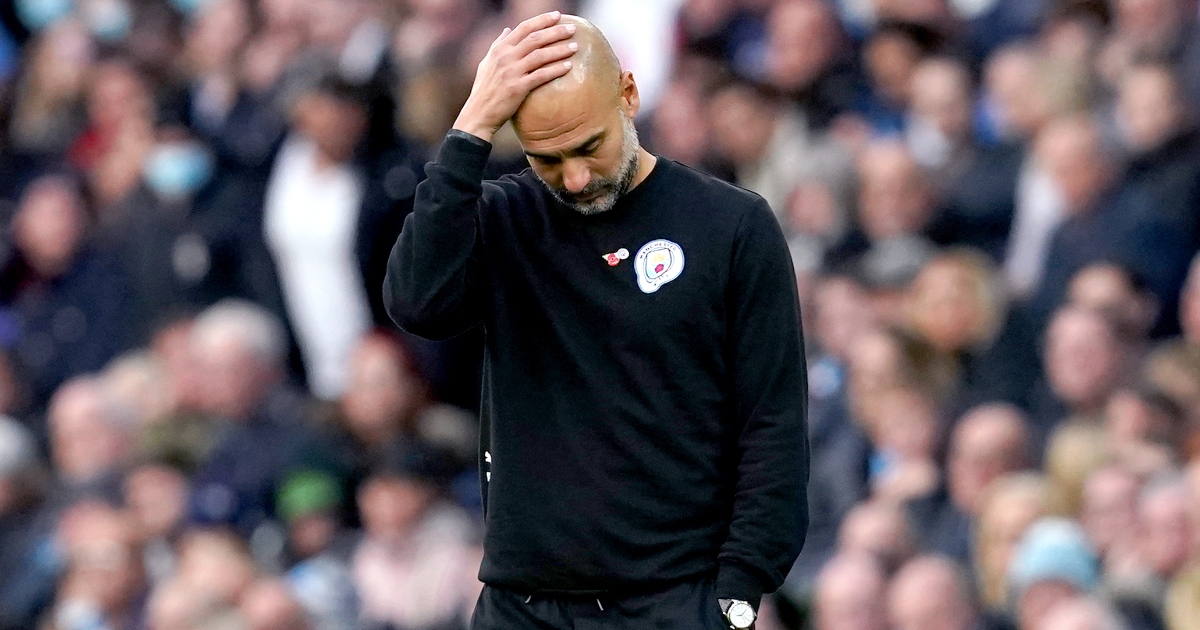 Manchester City manager Pep Guardiola has admitted “many many things” went wrong for his side as they lost 2-0 at home to Crystal Palace.

Wilfried Zaha put the Eagles ahead early on before Conor Gallagher secured the win in the 88th minute.

The Premier League champions were also reduced to ten men after Aymeric Laporte was sent off in first-half stoppage-time.

F365’s early winner: Ramsdale and the save of the season

Man City thought they had equalised in the second half, but Gabriel Jesus’ goal was ruled out for an offside against Phil Foden.

Guardiola doesn’t believe the decisions that went against his team today is the reason they lost.

“It could be a yellow card or red card, depends on (the) decision of the boss, the referee,” he said.

“The goal disallowed I didn’t see it but imagine the line said offside but we didn’t lose for that. Against Brighton the line said (their goal) was offside but that stood. We conceded the first goal and after we worked really well but after played 10 against 11.

“We need to do everything right but the players showed character. Unfortunately it went wrong in many many things.”

Guardiola added: “We conceded the goal early on so how many chances they had? The goal and no more. It is quite similar to the last seasons when Crystal Palace came here under Roy Hodgson, lost one and drew one.

“The keeper took the momentum and then long balls and they defended really well with solidarity and defend the gaps and block the shots.

“We didn’t have many chances in the first half but we had enough to score. At the end the counter-attack anything can happen.”

Meanwhile, Guardiola believes Ronald Koeman will understand his sacking at FC Barcelona and has revealed he believes Xavi is ready to take over as the club’s manager.

“First of all I don’t know what will happen. They have an interim manager and I wish him luck, he’s a close friend. Xavi, if it happens, I don’t have any doubts he’s ready to do the job. He knows the environment which is so important. He knows the game, he has passion. He has more experience now that I had when I took over,” the City boss said.